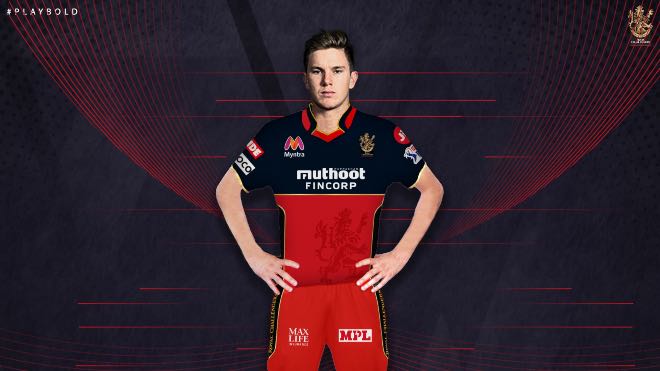 Australia leg spinner Adam Zampa has been roped in as a late replacement for Kane Richardson in the Royal Challengers Bangalore squad for the 13th edition of the Indian Premier League (IPL 2020).

Richardson and Zampa both are currently in England as part of Australia’s white-ball squad for the T20I and ODI series against England set to begin on September 4.

Richardson has reportedly opted out of the tournament to spend time with his wife as the couple is expecting their first child soon. Richardson has played 14 IPL matches picking up 18 wickets.

“The RCB family is excited for Kane and his wife who are expecting the birth of their first child and respect his decision to pull out of the tournament,” the franchise added.

Zampa went unsold at the IPL auction held last year in December whereas Richardson was bought by RCB for INR 4 crore, more than double his base price.

Zampa has previously played 11 IPL games across two seasons in 2016 and 2017 for the now-defunct Rising Pune Supergiant, picking up 19 wickets at an average of 14.63.

Royal Challengers’ head coach Mike Hesson had earlier expressed his concern over the scarcity of wrist-spinners in the squad, which might explain the team management’s decision to call up Zampa in place of the unavailable Richardson.

“We are disappointed to not have Kane’s skills with us this IPL as he certainly on top of his game. However once we found out Kane and Nyki’s baby was due during the IPL, it’s an exciting time and we were fully supportive of Kane wanting to be at the birth of thier first child,” said Mike Hesson, the team director.

“When looking at our squad for UAE conditions we felt it was an opportunity to bring in another quality leg spinner in Adam Zampa to provide cover for Chahal and also give us extra options if conditions suit spin as expected during the tournament,” he said.

Zampa will join Aaron Finch and Joshua Philippe as the Aussie players in the RCB line-up for this edition of the IPL scheduled to start on December 19 in the UAE.

The trio will fly to the Arab nation directly from England to link up with the side, though it is not yet confirmed whether they will have to undergo mandatory quarantine or not considering they will be coming from a bio-secure environment.