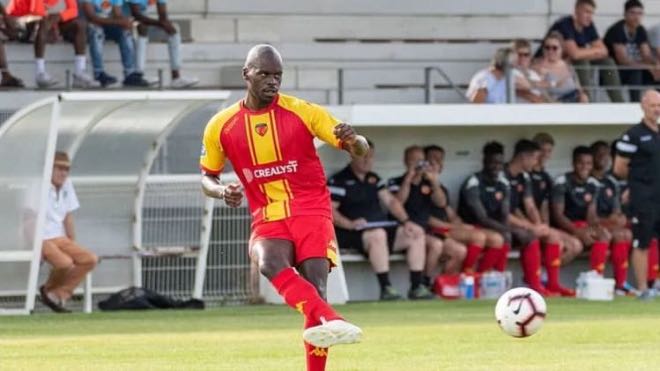 Bengaluru FC announced the signing of Gabonese centre-half Yrondu Musavu-King for the club’s AFC Cup 2021 campaign. A product of the Caen Academy in France, Musavu-King joins the Bengaluru FC on a deal that runs through until the end of the current season.

Libreville-born Musavu-King has been capped at the international level with Gabon, having made his debut in a 2014 FIFA World Cup Qualifier against Congo, and coach Pezzaiuoli said he was glad to add the defender to his squad.

The 29-year-old has turned out for clubs across Europe’s top divisions, including Granada, Udinese, Lorient and Toulouse, among others, with his most recent stint in the 2019-20 season, with French side Le Mans in Ligue 2.

“I had a chat with coach Pezzaiuoli about how he wants to play and his expectations of me and I have been looking forward to this new challenge. I have to thank the director, the coach, and the club for opening their doors to me. I’m eager to join my new teammates soon,” said Musavu-King.

“I’ve known about the Indian Super League for a few years now because of the French players who have played there in the past, like Robert Pires and Bernard Mendy. I will admit that I didn’t know much about Bengaluru FC, but I spoke to my former national team selector Jorge Costa, who was with Mumbai City FC, and he told me that Bengaluru FC is a top club and that the Indian people are very kind,” he added.

“I am very happy that King has joined the BFC family. He is a fantastic personality who brings with him the experience of having played in France and Italy and I am certain the dressing room will benefit from this. King is a young, versatile player who can play in a number of different positions which gives us an advantage with different systems. At 29, he’s in the prime of his career and we’re adding a defensively strong player with a high quality and range of passes. He is someone who will stabilize our defence and strengthen the team,” said Pezzaiuoli, after formalities were complete.

The Bengaluru FC AFC Cup Preliminary Stage Two fixture is scheduled to be held on April 14, at the GMC Bambolim Stadium, in Goa.