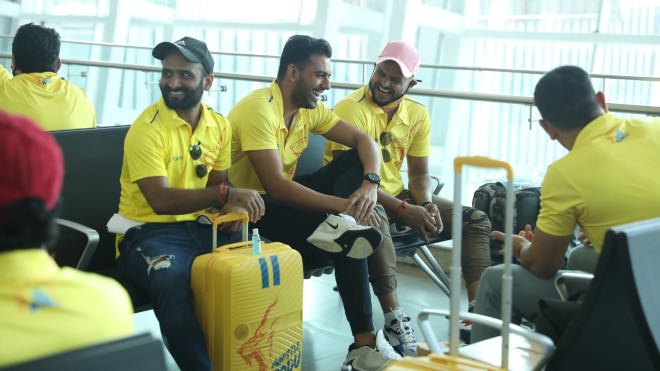 After reports of a Chennai Super Kings’ players and staff testing positive for coronavirus, it has emerged that India bowler Deepak Chahar, who has represented the nation in three ODIs and 10 T20Is is the only player tested positive and all other staffs.

The BCCI was expected to release the formal schedule of IPL 2020 before the end of this week, considering the tournament is to start in about 20 days. Considering the latest development, the Board of Control for Cricket in India (BCCI) has also decided to put the schedule announcement of the IPL 2020 on hold.

“Adequate measures are in place to tackle the situation and there is no immediate threat to the tournament. But the announcement of fixtures has been delayed because of this development,” a top BCCI source told TOI.

Chennai Super Kings was the only team to hold the training camp in India before departure. As per TOI, the BCCI had expressed its concern over the franchise’s decision to hold a camp considering the situation in the country and even asked the management to cancel it.

“Senior BCCI officials had cautioned the CSK management about the risks of holding such a camp in India,” a BCCI source said.

But the CSK management believes that all the players had tested negative for coronavirus before departure, and Chahar might have contracted the virus at the airport.

“There are many players who were coming from a long lay-off. The likes of MS Dhoni, Deepak Chahar, Ambati Rayudu and Suresh Raina had played very little cricket even before the lockdown in March. That’s why CSK insisted on having the camp, to have a few extra days under their belt,” a source said.