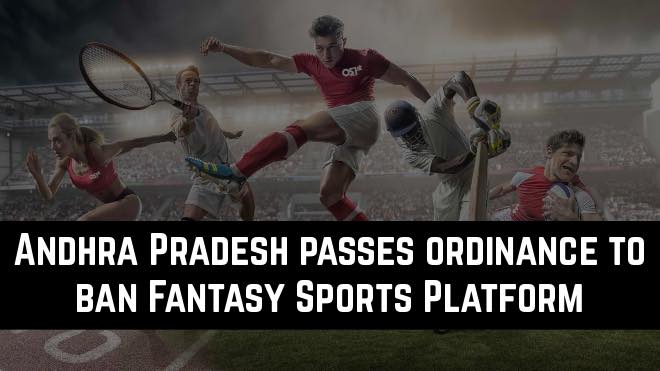 Earlier this month, Andhra Pradesh cabinet has approved a proposal to amend Andhra Pradesh Gaming Act, 1974, to ban online games such as rummy and poker that involve money transactions. And also proposed six months imprisonment for those who indulge in playing them and one-year jail term for the organisers.

Naming it the Andhra Pradesh Gaming (Amendment) Ordinance, 2020, the government of Andhra prohibited (i) collection or soliciting of bets; (ii) receipt or distribution of winning or prizes in money or otherwise in respect of any wager or bet; (iii) any act which is intended to aid, induce, solicit or facilitate wagering or betting or such collection, soliciting, receipt or distribution and (iv) any act of risking money or playing stakes or otherwise on the result of a game or an event including on a game of skill.

“The Andhra Pradesh Ordinance, which has criminalised any and all kinds of online betting and wagering, is a response to the growing socio-economic problems arising from online betting activities. Most states are yet to have any kind of response to these activities, and therefore the ordinance is welcome,” Delhi-based lawyer Siddharth Iyer was quoted as saying by Outlook.

“While banning these activities strictly may not be the best way to tackle the problem, it is certainly better than letting them run in an unregulated manner, as is the position, in most of the larger states in India,” pointed out Iyer.

This is a major setback for the Dream11, title sponsor of the IPL 2020. Though there is no statement from the Dream11 on the impact it will face due to the ban imposed by the Andhra Pradesh government. Company has updated about it in their help desk.

In response to a pre-defined question, “Can residents of Andhra Pradesh, Assam, Odisha, Telangana, Nagaland and Sikkim participate in paid contests of Dream11?”

Dream11 said, “Due to recent changes to the Gaming Act in the State of Andhra Pradesh, users from Andhra Pradesh will not be able to join paid contests on Dream11. The laws in Assam, Odisha, Telangana, Nagaland and Sikkim are unclear on games of skills may be played for a fee. Hence, residents of these states are also not permitted to play pay-to-play formats of any online games.”

In 2017, a case was registered against the company in an Indian High Court. The court, in its ruling, stated that playing the Dream11 game involves superior knowledge, judgement and attention. The Court also held that ‘the element of skill’ had a predominant influence on the outcome of the Dream11 game.

A Special Leave Petition (SPL) has been filed in the Supreme Court on Thursday by social activist and financial consultant Avinash Mehrotra challenging a February 2020 Rajasthan High Court order that dismissed a Public Interest Litigation (PIL) that appealed to stop ‘illegal betting and gambling activities by fantasy sports operator Dream11.’

Rajasthan High Court dismissed the PIL filed by Chandresh Sankhla based on orders passed by the High Courts of Bombay, and Punjab and Haryana, that said fantasy sports are ‘games of skill and do not amount to gambling.’