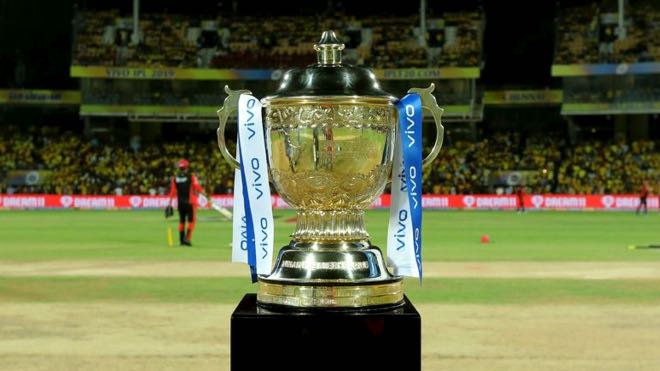 BCCI can look at moving IPL 2020 out of India but will be last option: BCCI Treasurer Arun Dhumal

BCCI is discussing all possible options to conduct the 13th season of Indian Premier League (IPL 2020) this year. After the indefinite postponement of the IPL 2020 in April, there is no clarity whether it can happen this year.

BCCI is looking all the option even to move IPL out of India reported by TimesNow, quoting Arun Dhumal.

“If it is safe for our players to play IPL in India, then it would be our first preference but in case the situation does not permit and we are not left with any choice and a window is available then we can look at moving IPL 2020 out of India,” Arun Dhumal said.

If the IPL is moved out of India, it will be not the first time. Earlier in 2009 IPL mas moved to South Africa and in 2014, 20 matches of the IPL was played in UAE.

“We have done it in the past in South Africa. We may not want to do it willingly but if that’s the only possibility then there is not much anyone can do about it,” he added.

UAE and Sri Lanka have earlier offered to host IPL. But due to restriction all around it will not be an easy decision to take.

“No country is safe from the COVID-19 pandemic so it’s not going to be easy if we decided to shift IPL out of the country and take players to Sri Lanka, Dubai or South Africa. The situation is almost the same everywhere, international travel restrictions are also a problem. Sri Lanka was okay but in the last couple of days cases have risen there so problem are there, we need to deal with them,” Dhumal concluded.

The BCCI is also awaiting clarity wait to get clarity over the T20 World Cup, to be played in Australia from October 18-November 15, will be held on schedule or not to take a collective decision about IPL.