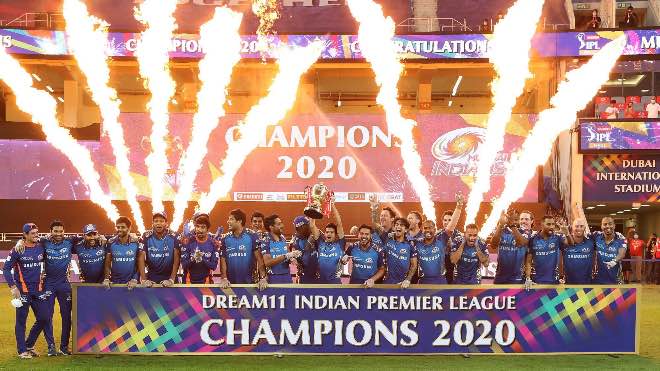 The 13th season of Indian Premier League (IPL 2020) has been hugely successful, which has seen 25% in viewership and earned Rs 4,000 in revenue for the Board of Control for Cricket in India (BCCI) during a global pandemic.

Speaking to The Indian Express, BCCI treasurer, Arun Dhumal said, “The Board managed to cut nearly 35 per cent of the cost as compared to the last IPL. We earned Rs 4,000 crore during the pandemic time. Our TV viewership went about 25 per cent higher, we got the highest-ever opening game (Mumbai Indians versus Chennai Super Kings) viewership. Those who doubted us came and thanked us for hosting the IPL. Had this IPL not happened, cricketers would have lost one year.”

In March, due to the outbreak BCCI postponed the tournament for 1 month which was postponed indefinitely. With the cancellation of IPL 2020, BCCI was having a loss of Rs 4,000 crore, but the staging of the complete tournament outside India after a decade which helped BCCI to earn close to ₹4000 crores in revenue.

Since the BCCI was staring at a loss of Rs 4000 crore, it was always open to staging the tournament outside the country. And in July, it confirmed UAE as the host nation. For the first time after a decade, the complete edition of the tournament was played outside India.

BCCI had also started preparation of the next season of Indian Premier League (IPL 2021), and according to the BCCI president Sourav Ganguly, BCCI is planning to host it in India. Also if rumours to be believed BCCI is planing to add a ninth team.