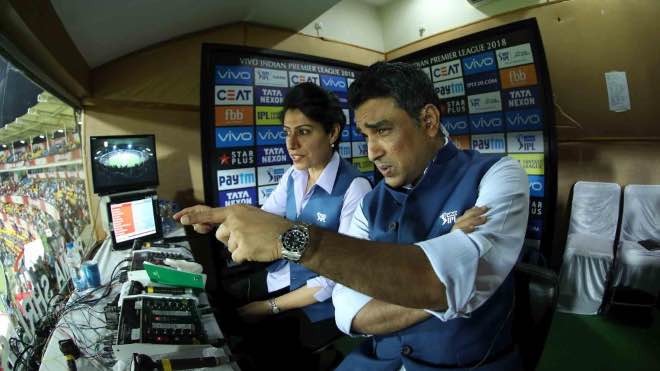 The Board of Control for Cricket in India (BCCI) has reportedly finalised the commentary panel for IPL 2020 and the list does not include the name of noted commentator, Sanjay Manjrekar.

All the commentators, including 71-year-old Gavaskar, will be travelling to the UAE and will commentate from the ground.

Deep Dasgupta and Murali Kartik have been placed in the panel for Abu Dhabi matches and the rest for Dubai and Sharjah games. Dubai and Abu Dhabi will host 21 games each with Sharjah getting 14 games of the league stage.

The venues for the play-offs will be decided later, but it may not be a surprise if Dubai and Abu Dhabi are chosen for the four playoffs matches because Sharjah will be hosting the four matches of the Women’s T20 Challenge.

The commentators will be divided into three panels and will be placed in two bubbles, one in Dubai and one in Abu Dhabi. Dasgupta and Kartik were to leave for Abu Dhabi on Friday, but with the government there relaxing the quarantine period from 14 to seven days, the two will fly with the rest on September 10. The Indian commentators will, of course, be joined by a host of foreign commentators.

Former India cricketer-turned-commentator Sanjay Manjrekar has been excluded from the list of commentators. Manjrekar, who had been a key part of the IPL commentary panel for several years, was sacked earlier this year in March by the BCCI.

Manjrekar was sacked due to his ‘bits and pieces’ controversial comments on India’s all-rounder Ravindra Jadeja during the World Cup in England last year. BCCI took the action after they received complaints from a few Team India players.

Last month, Manjrekar wrote to the BCCI where he apologized for his actions and sought to be reinstated as IPL commentator. However, BCCI have certainly not got over the incident as they’ve omitted Sanjay Manjrekar from the panel for the upcoming IPL.