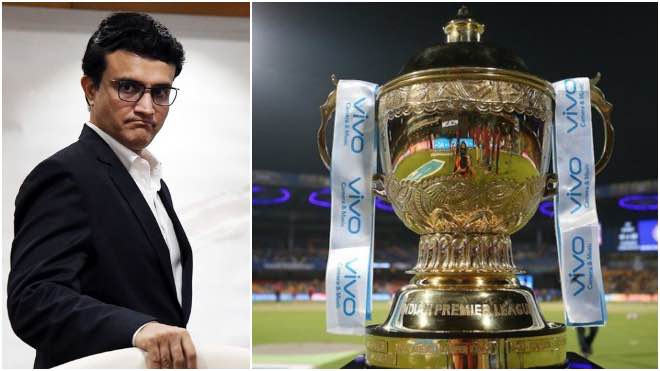 BCCI preparing for ‘IPL 2020’ this year in empty stadiums: Sourav Ganguly to states

The Board of Control for Cricket in India (BCCI) is preparing for staging IPL this year despite ICC is undecided on the fate of the 2020 T20 World Cup.

After the ICC meeting, BCCI president Sourav Ganguly according to Times of India report, sent a letter to all the affiliated members and states units revealing the decision to host the IPL 2020.

With not hosting IPL this year, BCCI will lose Rs 4,000 crore in revenue, so BCCI is willing to host IPL behind closed doors.

“The BCCI is working on all possible options to ensure that we are able to stage the IPL this year, even if it means playing the tournament in empty stadiums. The fans, franchisees, players, broadcasters, sponsors and all other stakeholders are keenly looking forward to the possibility of IPL being hosted this year,” Ganguly’s letter read.

Sourav Ganguly also added that the players are interested in participating in IPL both from India and other countries.

“Recently a lot of players, both from India and other countries, participating in IPL have also shown their keenness on being a part of this year IPL. We are optimistic and the BCCI will shortly decide on the future course of action on this,” the letter added.

The letter also states that the BCCI has prepared a standard operating procedure (SOP) which is yet to be approved by the office-bearers.

“Essentially this SOP is being made with a view of providing our Members with a standard set of guidelines which will help the Associations to resume cricket in their respective areas. The BCCI has engaged medical specialists for the drafting of this SOP,” the letter added.

According to the letter, BCCI is also planning to resume domestic cricket and working on a new schedule.

“Moving ahead, the BCCI is in the process of planning the domestic competitions for the next cricketing season. We are working on various formats and options in our endeavour to ensure that various domestic tournaments are held, they stay competitive and participation is feasible. The BCCI will come up with more details on this front over the next couple of weeks,” Ganguly said in the letter.