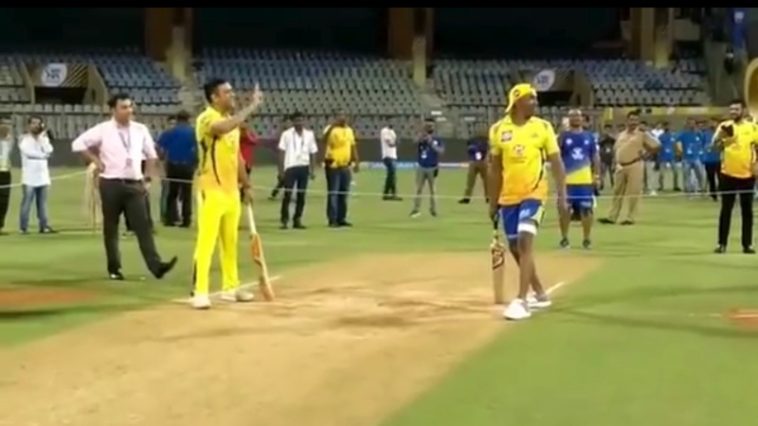 Bravo you are an old man: MS Dhoni, Bravo challenge Dhoni for a sprint

Chennai Super Kings have lots of players in their later 30s, but then also CSK is a most successful franchise of the Indian Premier League. The average age of the core team comprising Dhoni (37), Ambati Rayudu (33), Piyush Chawla (31), Suresh Raina (32), Dwayne Bravo (35), Shane Watson (38) and Harbhajan Singh (37) is 35 years.

CSK won the IPL title in 2018 after winning the final against Sunrisers Hyderabad at Wankhede Stadium, Mumbai, but what happened after the final was also iconic. The ‘3 run dash’ between CSK skipper MS Dhoni and Dwayne Bravo. But the real reason has revealed by Bravo himself.

Talking about in the live chat session on Instagram with Chennai Super Kings, Bravo said, “He kept saying throughout the entire season that I am an old man, I am an old man. I am very slow. I told him, ‘I will challenge you in a sprint between the wickets’. He said ‘no chance’. I said ‘we will do it after the tournament is over’.”

“I said ‘I don’t want to do it in the middle of the tournament and one of us pop our hamstrings’. We did it after the final. It was a very close race, very very close,” he added.

“I am trusted by the captain MS a lot, and the coach Stephen Fleming. They allow me to be myself,” Bravo said.