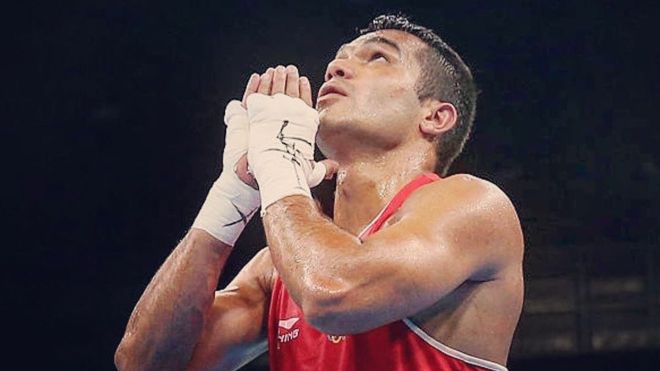 Olympic-bound Welter weight (69kg) category boxer Vikas Krishan has received an approval from Sports Authority of India (SAI) to train at the Alexandria Boxing Club in Virginia till the November 30, 2020. SAI have sanctioned a total sum of INR 17.5 Lakhs for the stint.

Santiago Nieva  (Director, High Performance Indian Boxing) recommended the move for Vikas stating, ”It will be a very good experience for Vikas He’s been in the national team for so many years and for him, it is a good time to go and do a little bit different. After he comes back, we will focus on the camps and different tournaments for the Olympic-style boxing ahead of the Tokyo Olympics.” Vikas is contracted with Hall of Famer Bob Arum’s top rank promotions and has expressed his desires of pursuing professional boxing in USA.

The Haryana lad will be making his third Olympic appearance in Tokyo and is the most experienced boxer amongst the boxers who have qualified for the Tokyo, Olympics so far. The Indian boxer will start his outward journey of chasing his Olympic Dream later on this weak along with American Coach Ron Simms Jr.