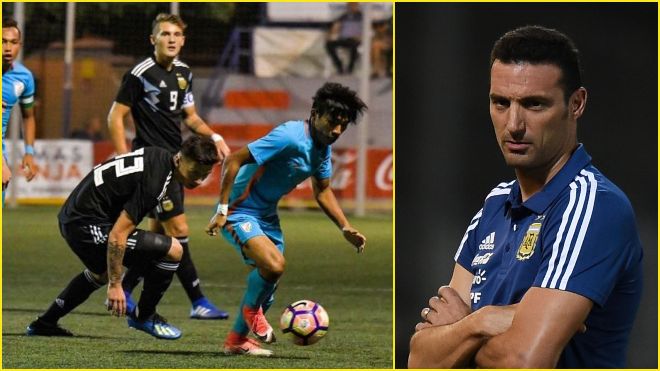 Argentina have successfully managed to book a place in the final of the Copa America 2021 after defeating Colombia 3-2 on penalties. They will be up against hosts and favourites of the tournament Brazil in the showpiece event.

Moreover, his team was beaten by Indian youngsters in a COTIF Cup 2018 tie in L’Alcúdia, Spain. The match had ended 2-1 in favour of India. Back then Lionel Scaloni had highly praised the Indian players and believed they had a bright future.

“If India continue to play like this for three or four more years, the players have a bright future ahead. We are happy to meet these young players. The Indian team were very well behaved in the team hotel and there was mutual respect between both the teams,” Scaloni added.