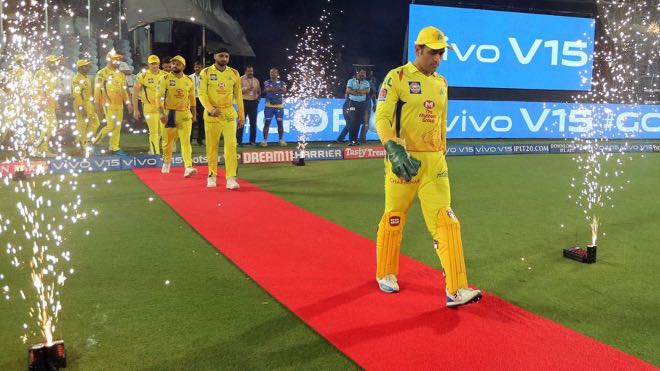 CSK not in favour of IPL 2020 without overseas players

Chennai Super Kings (CSK) are not in favour of Indian Premier League (IPL 2020) without overseas players. With travel restrictions, IPL with only Indian players can be an option. CSK stance is different from Rajasthan Royals about the alternative, given the conditions brought by the COVID-19 pandemic.

Speaking to the PTI, a CSK source said, “CSK is not keen to do an IPL with only Indian players. That way it would be playing another Syed Mushtaq Ali Trophy (domestic T20 competition). The franchise has not been in touch with the BCCI of late as the situation is worsening.”

After the indefinite suspension of the IPL, there has been no discussion between the team franchise and the BCCI as the COVID cases in India are rising. But speculation is that IPL can have later this year.

“Let’s hope we can have the IPL later this year. There has been no discussion with the BCCI ever since it postponed the IPL. There is no point in discussing also as things are unlikely to be okay anytime soon. We expect the BCCI to take the best possible decision when the time comes,” CSK source added.

With no IPL, BCCI will suffer a revenue loss of Rs 4,000. An IPL without a foreign player can be an option, other option can be hosted in other countries. Sri Lanka Cricket and UAE have offered to host IPL.

For IPL to happen without overseas players, all the franchise have to come on board. Rajasthan Royals is in favour of IPL with only Indian players seeing the situation.

Last month, Rajasthan Royals executive chairman Ranjit Barthakur had said, “Earlier we could not think of Indians-only IPL, but now there is enough quality to choose from. It is better to have Indians-only IPL than not have it at all.”