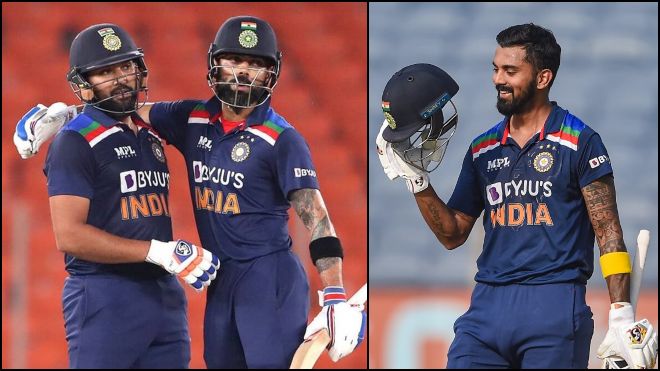 Former Indian Wicket-keeper Deep Dasgupta reckons that it is too early to predict that Virat Kohli will open the innings with Rohit Sharma in ICC World T20 later this year. He also said that KL Rahul’s form will be very crucial in that matter.

Deep Dasgupta through his YouTube video said, “Well, it’s possible, and Virat also mentioned during the last series, that he’s seriously thinking about opening with Rohit, he might, or whatever he said. But I don’t know whether it’s the right way to go about it. A lot will depend on how KL Rahul’s form is.”

“If KL Rahul is batting the way he was a year ago then I don’t see any reason why Virat should open. Then Rohit and KL can open, and Virat can come at three… I won’t say Virat and Rohit ‘will’ open at this point in time, I will say that option is still open,” he added.

KL Rahul’s strike rate has been an issue this year in the T20 Format. He was also not in good touch in the T20I series against England, earlier this March.

Virat Kohli however had wished to open the innings in T20I with Rohit Sharma, and then he also opened in IPL for Royal Challengers Bangalore in this half-season. Virat Kohli had a sensational opening partnership of 94 runs with Rohit Sharma in the 5th T20I in Ahmedabad.