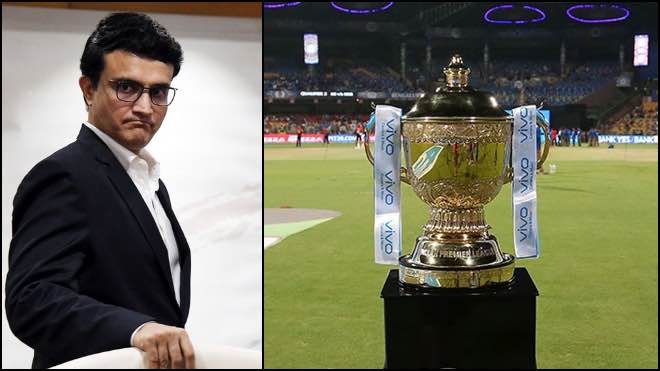 Don’t want 2020 to finish without an IPL, priority is India: Sourav Ganguly

The Board of Control for Cricket in India (BCCI) president Sourav Ganguly seems determined to host the 13th season of Indian Premier League (IPL 2020) this year.

Hosting IPL 2020 in India is his priority, which is the most important part of the domestic season and for cricket need to be back to normal.

On an India Today show ‘Inspiration’, Sourav Ganguly said, “We don’t want the year 2020 to finish without an IPL. Our priority is India, and even if we get 35 to 40 days, we will host it. But we don’t know where.”

“I will put it in this order. First, whether we can have an IPL within the time frame as IPL has a limited window. Secondly India. If it’s not possible, then we are thinking of going out,” he added.

BCCI is also in favour of hosting IPL in India due to financial reason. Moving out of India also means moving finances out of India, which adds extra charges in form currency exchange rate. Till now New Zealand, UAE and Sri Lanka have offered to host IPL 2020.

“But going out where because if you go out it becomes expensive for everyone, franchises and board. Because of the conversion rate and currency exchange rate, it becomes expensive. So we are monitoring, but we are very keen to host it and got our fingers crossed,” he said.

BCCI is planning to host IPL in September-November window, for which ICC T20 World Cup 2020 needs to be postponed. While reports were surfacing suggesting that the T20 World Cup 2020 in Australia is likely to postpone in next ICC CEC meet.

“We don’t know yet as we don’t have a decision from ICC regarding the T20 World Cup. We keep hearing different things from the media, but unless it is officially told to Board members, you don’t know what’s happening,” he said.

Due to the increase in COVID-19 cases in India mainly in large cities like Mumbai, Kolkata, Delhi and Chennai., it seems difficult to host IPL in India.

“If it doesn’t happen in India because of COVID then places like Mumbai, Delhi, Kolkata and Chennai, these have big teams in IPL but you can’t put a hand to your heart and say cricket will happen in these places,” he added.