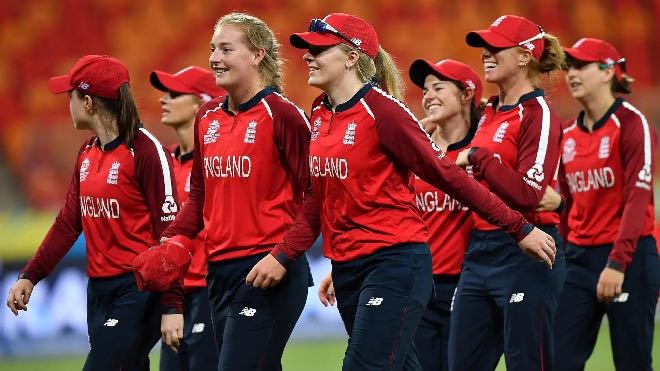 On Tuesday, the England and Wales Cricket Board (ECB) announced the England Women Central Contracts for 2021-22. The contracts run from May 1, 2021, to October 31, 2022, to align with the professional contracts at the eight Regional teams.

Seventeen contracts have been awarded, with Sophia Dunkley receiving her first Central Contract. Sophie Dunkley has 15 T20Is appearance since her debut in the 2018 ICC Women’s T20 World Cup.

Amongst the 17 players handed the central contracts, Kirstie Gordon is the only player to miss out from the last year’s list, despite her having started the domestic season strongly with two four-wicket hauls in three appearances.

“The Central Contracts, along with the roll-out of professional women’s domestic contracts, provide a fantastic opportunity to develop a larger pool of players pushing for selection and help strive for success on the field for England Women,” he added.

“We’ve continued to work closely with the England Women’s Player Partnership (EWPP) and the PCA to establish a comprehensive and objective process that underpins the awarding of Central Contracts. We will keep working in collaboration for the benefit of the players as we continue to grow and develop the professional women’s game,” he said.