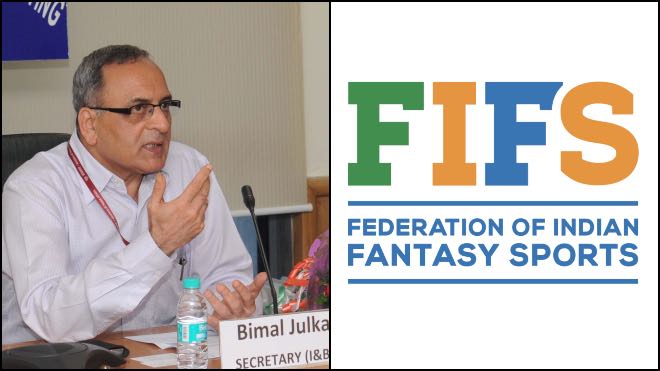 Federation of Indian Fantasy Sports (FIFS), India’s first and only self-regulatory industry body for fantasy sports, today, announced the appointment of Bimal Julka as its Chairman. In his new role, Julka will work closely with all the stakeholders to further strengthen the operating standards of the Indian fantasy sports industry.

Julka is taking over from John Loffhagen, who served as the Chairman of FIFS for over three years. Loffhagen will assume the role of a Strategic Advisor and support FIFS on collaborating with relevant international bodies in the industry.

With over four decades of service in the Government at both state and national levels, Bimal Julka is an Indian Administrative Service (IAS) Officer of the 1979 batch belonging to the Madhya Pradesh Cadre. He held the prestigious position of Chief Information Commissioner, Government of India, until September 2020. Before that, Julka has held several senior positions in the Ministry of Defence, Civil Aviation, Information & Broadcasting, External Affairs, Finance, Commerce and Public Relations in Govt. of India.

Commenting on the appointment, Anwar Shirpurwala, CEO of FIFS, said, “We are very fortunate to have Mr Bimal Julka join FIFS as the Chairman. His impeccable reputation and principles of good governance precede him. Having such a senior dignitary, like Mr Julka, representing fantasy sports will strengthen the industry’s credibility, and we are sure to witness new strides towards reformations and standardisation of the rapidly growing fantasy sports industry.”