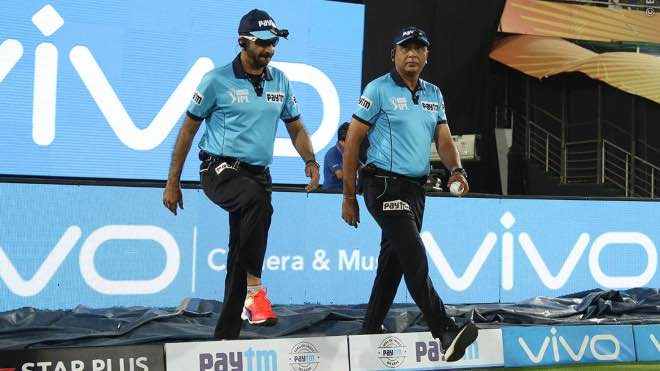 The Indian cricket board was keen on roping in the services of more umpires from ICC’s Elite panel but only three overseas Elite umpires have agreed, while others have turned down the request.

Chris Gaffaney from New Zealand and Richard Illingworth and Michael Gough from England are the foreign umpires, along with the latest inductee in the Elite panel, India’s Nitin Menon. All three have confirmed. As for the Elite panel of match referees, only Javagal Srinath is present.

India’s International Panel umpires Anil Chaudhary, C Shamshuddin, Virender Sharma and KN Ananthapadmanabhan and former Elite panel umpire S. Ravi are also on the list. While 12 umpires are entrusted with the on-field and TV umpire duties, three will only do the job of the fourth umpire.

“BCCI had approached quite a few Elite umpires but they have rejected the offer. For instance, Kumar Dharmasena, who has been a regular in IPL over the years, has categorically said no to BCCI. He said he would be busy with cricket in Sri Lanka,” a source said.

“The other umpires have not clearly spelt out their objection but it is likely they are being cautious. “The Elite panel umpires draw a heavy package from ICC’s contract. So, they are not exactly jobless. They don’t want to take any risk in these times,” the source added.

As per the Standard Operating Procedure (SOPs) for IPL 2020, players and match officials have been advised to go back to their hotel and take a shower after match days as a precautionary measure against the coronavirus. All the eight teams have also been asked to use an electronic team sheet rather than carrying hard copies of their playing XI list during toss on match days.