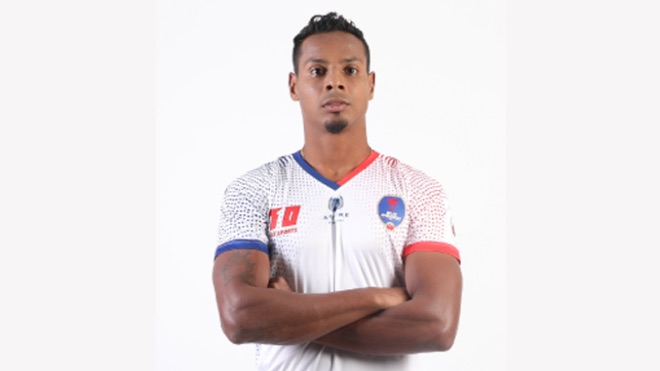 Gokulam Kerala FC have signed experienced defender Rowilson Rodrigues for the upcoming I-League season. He is a two-time I-League champion and has also won coveted trophies such as Durand Cup, IFA Shield with various clubs.

Hailing from Goa, he started his career with local outfit SESA FA before joining Churchil Brothers and rising to their senior ranks. His first major title was the Durand Cup 2007, which he won with the Red Machines.

Later he went on to win the I League with Churchill Brothers in the 2008-2009 season. In 2010, he represented India in the Asian Games. The next year, he moved to Dempo SC, where he won his second I-League.

The 33-year-old player went on to represent Mohun Bagan and later moved to FC Goa and Mumbai City FC in the Indian Super League. During 2017-18 season he represented Delhi Dynamos in the ISL.

“I was out of action for almost one year due to injury. Now I have recovered and am ready to give the best for Malabarians. I believe my experience and ability will help Gokulam to win the league this season with flying colours,” said Rowilson Rodrigues.

“We welcome Rowilson Rodrigues, the robust Goan centre-back to our GKFC family. He is a seasoned and experienced defender having played for India, ISL & I-League during the last decade. His commanding presence is going to infuse a lot more strength to our defensive wall and make it impregnable this season,” said B. Ashok Kumar CEO of Gokulam Kerala FC

“We wish Rowilson a great time ahead. He is an experienced player with a proven track record. His presence will be a major boost for our team this year,” said Gokulam Kerala FC Chairman Gokulam Gopalan.