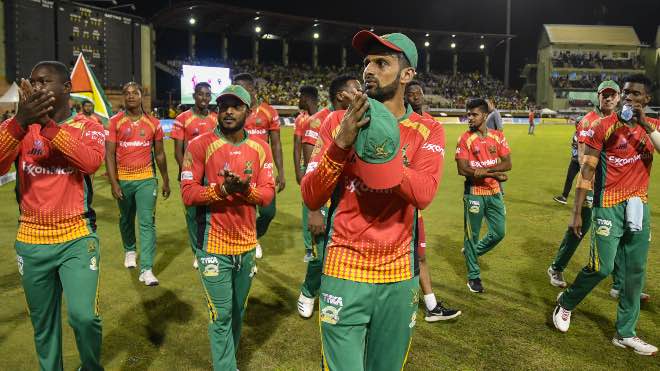 The local players retained by Guyana Amazon Warriors (GAW) are:

At the announcement Guyana Amazon Warriors Team Operations Manager, Omar Khan said, “The Guyana Amazon Warriors Franchise has and will always be committed to the continued development of our local and regional players. From the inception of the CPL, we included young Guyanese players in our squad as part of the franchise’s mandate to provide opportunities to young aspiring Guyanese cricketers to assist in their overall development as professional cricketers. Shimron Hetmyer, Keemo Paul and Sherfane Rutherford have all benefitted from these opportunities before becoming full-fledged members of our team.”

“We are extremely delighted that we could retain most our local and regional players, including Nicholas Pooran and Brandon King, both of whom have been hailed by the cricket pundits as potential future stars of West Indies cricket and who were members of our team last year. The Guyana Amazon Warriors wish all the retained players great success in the CPL 2020,” he concluded.