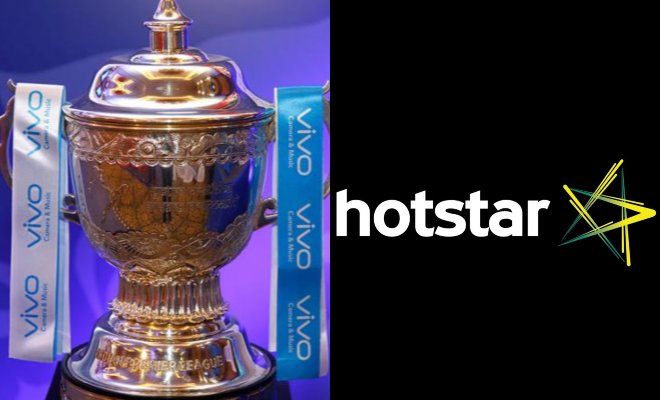 Hotstar has withdrawn as an associate sponsorship of Indian Premier League (IPL) according to the report. Hotstar, Star India’s online streaming platform was the on-ground sponsors of the IPL which it opted out ahead of IPL 2020.

The deal was placed in 2019 and the Hotstar deal was worth Rs 42 crores per year; associate sponsorships are reported to be in the range of Rs 40-80 crores.

“There was an exit clause in the deal and Hotstar chose to exercise it,” a BCCI source told India Today.

Star India holds the Indian Premier League media rights for whopping Rs 16,347.5 crores for both television and digital platforms in 2017. While this move of Hotstar will not affect the Hotstar digital streaming rights.

However, Hotstar will continue to be the digital streaming partner for the IPL. At the end of the IPL 2019, Hotstar has crossed 300 million viewers and surge in 74 per cent watch-time compared to IPL 2018.

Hotstar has created the global record of 18.6 million simultaneous viers tuned in for IPL 2019 finals, which was won by Mumbai Indians after beating Chennai Super Kings in a nail-biting match. Hotstar has crossed 10 million viewers mark several times during IPL 2019.

Hotstar is also the official digital partner of the Board of Control for Cricket in India. Also last year, Star retained BCCI global media rights for Rs 6138.1 crores.