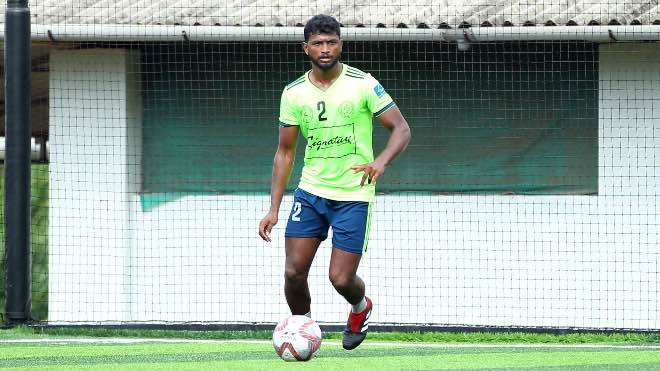 Ahead of the I-League 2020-21 season, Gokulam Kerala FC have signed 23-year-old defender Muhammed Asif. Hailing from Malappuram, the youngster stated that he is ‘proud’ to play for the club from Kozhikode.

A product of the Malabar Special Police Football Academy, he has featured in the Calcutta Football League and Kerala Premier League previously. Now set to make his I-League debut, the youngster declared that he and his team are gunning for the trophy.

The youngster joins the team after a stint in Nepal with Manang Marshyangdi FC, where he played in the AFC Cup 2019 — an experience he termed as a ‘turning point’.

“For me, it’s not just a matter of representing my home state. As a Malabarian, I feel proud to be a part of GKFC. My aim is to start in every match for my team and win the title. It’s my debut Hero I-League season and for me, it’s a big challenge to play for a new team and in such a big league,” he said after signing.

“Playing in the AFC Cup is maybe the turning point of my life. It was a really great experience for me and after playing in the tournament, my confidence really grew a lot,” he added.

“I am really excited to play in the Hero I-League. Due to the lockdown, I have been able to spend a lot of quality time with my family and friends. However, I’m maintaining my fitness and doing training every day as well. I’m really prepared for the upcoming season,” he averred.