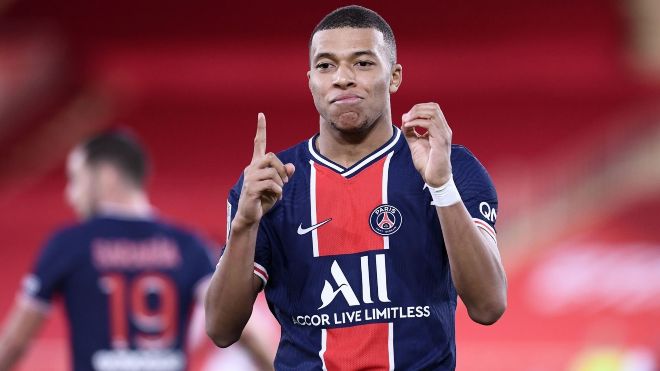 I want to win the Champions League with PSG: Kylian Mbappe opens up on his dream

Paris Saint-Germain superstar Kylian Mbappe has said that his biggest dream is to win the UEFA Champions League with Paris Saint-Germain. Mbappe came to PSG in 2017 and is yet to lay his hands on the coveted trophy despite being very close.

Kylian Mbappe continues to be linked with Spanish club Real Madrid CF. The Los Blancos are long term admirers of the French international and would like to sign him up but financial problems exist. Mbappe’s current contract expires in 2022.

He is yet to sign a new contract with PSG and that is worrying for Paris supporters. Moreover, Brazilian Neymar Jr and manager Mauricio Pochettino have both extended their contracts and only Kylian Mbappe is left.

In a recent interview, Kylian Mbappe opened up and said that his biggest dream was to win the UEFA Champions League with PSG. This has raised some eyebrows on whether he wants to go the Santiago Bernabeu or not.

“I’m not a very good journalist… what would I ask Neymar? What is your big dream after everything you’ve achieved?” Mbappe said.

“Why not another World Cup?” replied Mbappe, with a smile.

“No, the next World Cup is for me. What’s your next big dream after winning the World Cup?” Neymar replied.

“My biggest dream is to win the Champions League with PSG, that would be fantastic. But winning another World Cup would be great too,” Mbappe said.