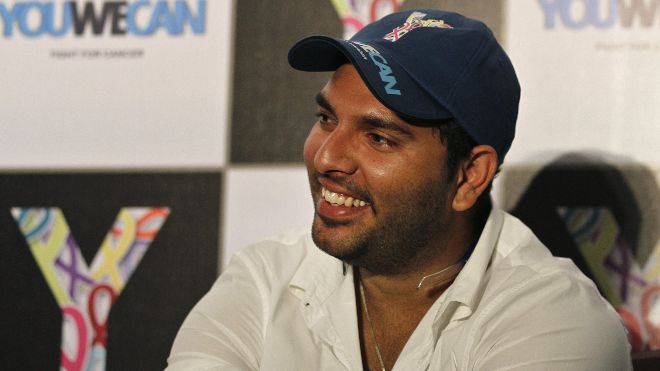 I was expecting to be the captain: Yuvraj Singh opens up about missed opportunity

Former Indian cricketer Yuvraj Singh has opened up about how he was ignored by the BCCI for the captaincy role. Yuvraj Singh is considered one of the finest players that India have produced. An elegant left-handed batsman who was equally skilled with the ball.

However not many would have known that he was in line to be the captain of the Indian side. Speaking to journalist Gaurav Kapoor on the 22 Yarns Podcast, Yuvraj Singh revealed about this. He says that he expected the captain role to be given to him. But in the end, Mahendra Singh Dhoni got it.

So basically India had lost the 50-over World Cup right? There was quite a lot of turmoil in Indian cricket and then there was a two-month tour of England. There was also a month tour in between South Africa and Ireland. Then there was a month of T20 World Cup, so it was like four months away from home,” he said.

“So probably the seniors thought that they need a break and obviously nobody took the T20 World Cup seriously. I was expecting to captain India in the T20 World Cup and then it was announced MS Dhoni will be the captain,” Yuvraj Singh added.

When asked if there was any rivalry with Dhoni regarding this incident he replied very professionally. Yuvraj Singh says that it didn’t matter who was the captain. It is necessary that every member of the squad acts as a team man.

“Obviously. Whoever becomes captain you got to support the guy whether it was Rahul, whether it was Sourav Ganguly, whoever in the future. End of the day you want to be a team man and that’s how I was,” Singh replied.

Under the captaincy of Mahendra Singh Dhoni India went on to win the inaugural ICC T20 World Cup. Moreover, in 2011 Yuvraj Singh was the Man of the Series as India lifted the Cricket World Cup after 28 years.