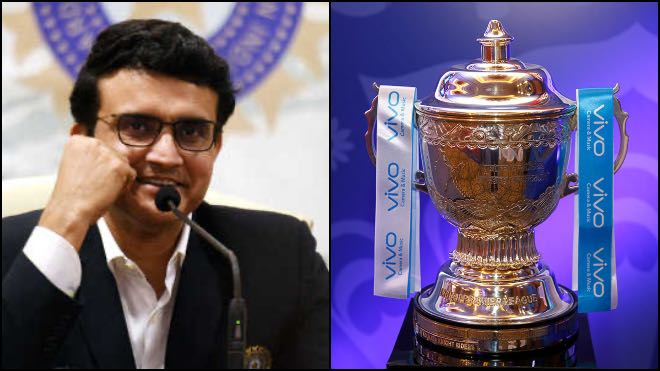 Indian cricket board president, Sourav Ganguly said that the Board of Control for Cricket in India (BCCI) could suffer a huge loss of Rs 4,000 crore if the Indian Premier League (IPL) doesn’t take place this year. IPL 2020 is postponeded indefinitely which was schedule to start from March 29.

Speaking to the mid-day, Sourav Ganguly said, “We will have to examine our financial situation, see how much money we have and take a call. Not hosting the Indian Premier League (IPL) will cause losses to the tune of Rs 4,000 crore, which is huge.”

Talking about the pay cut, former Indian skipper Sourav Ganguly said that if IPL 2020 is not held, pay cut can be done.

“If the IPL takes place, we won’t have to go in for pay cuts. We’ll manage things,” said Ganguly.

Earlier BCCI Treasurer Arun Dhumal had said that the pay cut will be the last option during this crisis.

“That is why we are working (on) how much is the loss finally we have to pay. So once we can assess that then we might consider it, but it will be the last thing on our agenda,” Dhumal said.

BCCI Treasurer had also said that the if the 13th season of India Premier League (IPL 2020) is cancelled, the Board of Control for Cricket in India (BCCI) could lose Rs 4000 crore.

BCCI Treasurer Arun Dhumal said, “The BCCI is looking at a big revenue loss. In case the IPL does not take place, the loss would be close to 40 billion rupees or even more.”