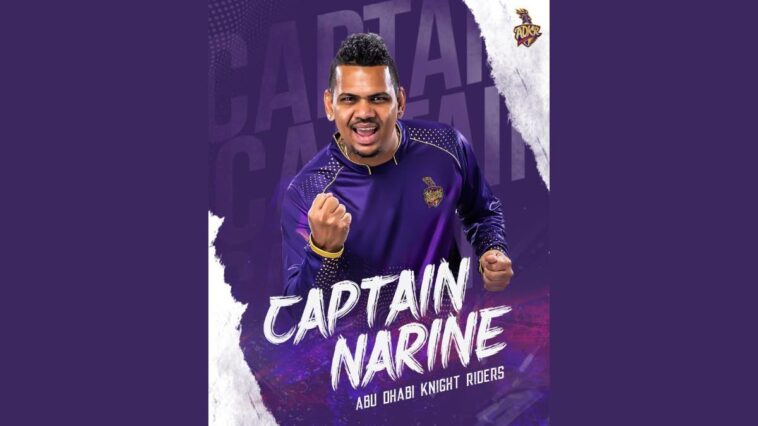 West Indies bowling all-rounder Sunil Narine has been appointed as the captain of Abu Dhabi Knight Riders for the inaugural season of the UAE’s International League T20 (ILT20 2023).

“I am very excited to take up the role as captain of Abu Dhabi Knight Riders. It is a new challenge, because now I have to think about the functioning of our whole team, rather than just focus on my game or my four overs,” Narine said in a statement.

“It is something I am really looking forward to. I have grown on Knight Riders, and Knight Riders have grown on me, so it is like a family. Everywhere they have a team, I love being a part of it. I have played a lot of cricket in the UAE, so I know the conditions pretty well,” he added.

“If you look at the ADKR squad, it is a familiar setup, and not a brand new XI that I have to get used to. So that gives me great confidence, knowing the strength of my players. There are a lot of senior guys in the team as well, who I can bounce ideas and information off. It is going to be a lot of fun, it has been a long journey with the Knight Riders family, and I hope it is a never-ending one,” he said.

ILT20 2023 will be clashing with the start of the SA20 league in South Africa and the Big Bash League (BBL) running in Australia.