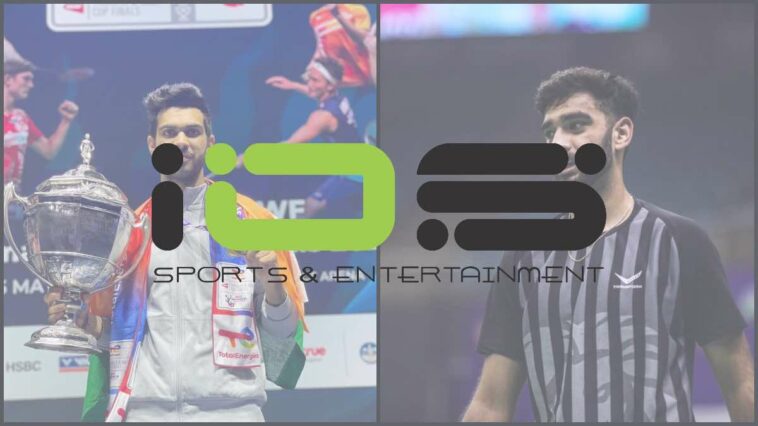 Sports management firm, IOS Sports & Entertainment have onboarded Dhruv Kapila and Ishaan Bhatnagar into their athlete roster to manage his commercial interests with brands in his run-up to key tournaments this year and years ahead.

The young badminton star, Dhruv along with his doubles partner M.R. Arjun, played an important role in helping earn their first-ever Thomas Cup winner’s trophy in May 2022.

22-year-old Dhruv Kapila, who is currently training at the camp for the 2022 Common Wealth Games hogged the limelight after his stellar performance at the 2019 South Asian Games by bagging 3 gold medals in Men’s double, Mixed Double and Men’s team.

Alongside Dhruv, IOS also onboarded Ishaan Bhatnagar who made news by securing the gold in the Mixed doubles event with his partner Tanisha at the Syed Modi International 2022 Super 300 Event.

“It was an absolute honour to represent India at the Thomas Cup and to win it as well was a dream come true. The celebrations from this win are already over and our preparation for the next championships have begun, and keeping the schedule ahead in mind it was very important
for me to partner with seasoned professionals to take care of my commercial interests, that would play a critical role in fueling my uninterrupted training. That’s where IOS came to the picture and I can confidently say that to have such professionals by my side who understand Olympic sports better than most, I can comfortably concentrate on my training for the Commonwealth Games and my other tournaments,” said Dhruv while announcing his alignment with IOS Sports & Entertainment.

He said, “IOS Sports have a wide range of athletes on board with them amongst which a few of them are top-level Olympians along with Gold medalist Badminton Paralympians. There is still a lot for me to learn and being able to reach my senior in sports for guidance is something I am looking forward to in this journey with IOS. I am happy to have IOS by my side and I am sure they will do their best to help me grow further.”

Ishaan, who looks to build the winning momentum in 2022 expressed joy over his association with IOS Sports and said, “For me as an aspiring athlete, my primary focus remains on my training and my game. But it’s also important to have a management team who would look after the backend requirements which allows me to put in my 100% in my game. And I am sure that IOS Sports will help me achieve that.”

Rahul Trehan, COO, IOS Sports and Entertainment Pvt. Ltd on the occasion of onboarding for the young badminton duo said, “It is always a delight to see young talents do so well on international stages. Dhruv has already achieved such great victories at such a young age while Ishaan consistently proves himself that hard work pays off. We at IOS sports are excited to help them build as a brand with our guidance and hopefully with the right support both athletes can continue to bring the best version of themselves and win many more titles for our country.”

IOS Sports & Entertainment also manages the elite talents which have made our country proud at the international level including Hima Das (Athletics), Rani Rampal (Hockey) etc.