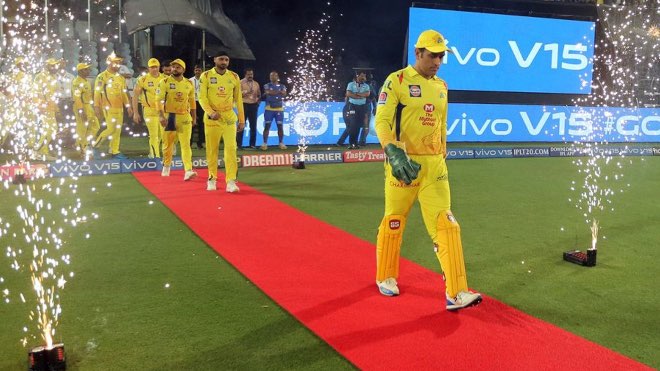 The team landed in Dubai on August 21 and upon completion of the mandatory six-day quarantine, were supposed to train from Friday (August 28). The team had undergone test on 1st, 2nd and the 6th day, members have tested positive in the 6th-day test.

The development has forced CSK to extend the quarantine period till September 1. It was also reliably learnt that the entire CSK squad, including support staff and officials, had to undergo their fourth Covid-19 test on Friday.

As per sources, the list included India pacer Deepak Chahar. It was learnt that the members had tested positive after they landed in Dubai.

“Yes, a right-arm medium-fast bowler, who has recently played for India, along with a few staffs members have tested positive for Covid-19,” a senior IPL source told PTI on conditions of anonymity.

“As far as we know, one of the senior-most officials of the CSK management and his wife, and at least two members of their social media team are also Covid-19 positive,” he added.

A source though said that CSK had taken all the necessary precautions upon reaching Dubai.

“Even when football started in Europe, a few players had tested positive. So with eight IPL teams and over 1000 members, this was a possibility. This could have happened to any team. It is just unlucky that it has happened to CSK despite taking all kinds of precautions,” the source told TOI on Friday.