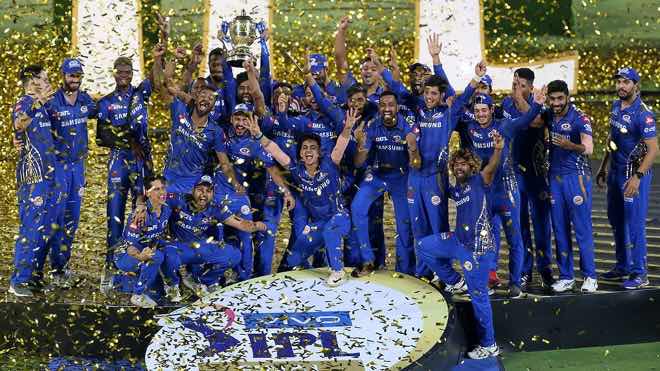 IPL 2020 final likely to be postponed from November 8 to November 10: Reports

The IPL 2020 is scheduled to take place from September 19 to November 8 in UAE, but according to the latest reports coming final of the tournament is likely to be postponed from November 8 to November 10.

With moving the final to November 10, 60 matches of the 13th season of Indian Premier League (IPL 2020) will be played in 53 days. Board of Control for Cricket in India (BCCI) is likely to take the final decision in the IPL Governing Council meeting on August 2.

This decision comes after the reports that the Star India is unhappy with the schedule and wants to extend the tournament by a week to utilise the Diwali weekend; Diwali being on November 14. With this, it will be the first time that IPL final is not played on Sunday – “the entire Diwali week is as good as a weekend, so don’t think that should be a problem.”

“Even if the players are left without any IPL matches, they will continue to remain in UAE and participate in a camp there. As soon as the IPL is over, the remaining players – busy playing the final knockout matches of the league – will join the rest and the entire team will fly together from there,” say those tracking developments.