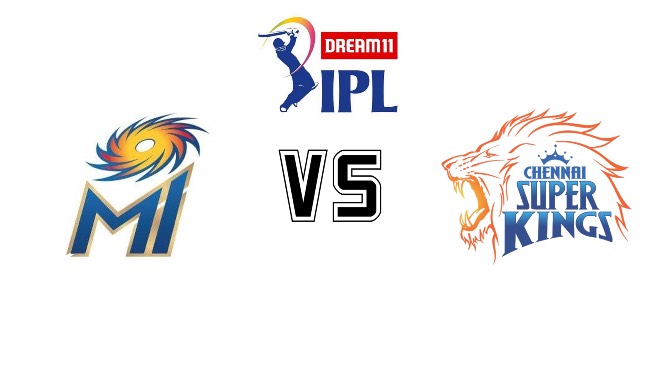 The curtain raiser of the tournament is expected to bring joy and happiness to millions of people during the pandemic period. Defending Champions Mumbai Indians lock horns with Chennai Super Kings at the Sheikh Zayed Stadium in Abu Dhabi. The two IPL Giants have played 30 matches played so far and Mumbai have won 18 whereas Chennai have won 11. Moreover, Mumbai Indians have won the last 5 matches played between the two sides.

Rohit Sharma & Co will be missing Lasith Malinga this season. However, MI have strengthened their squad with the inclusion of Trent Boult, Nathan Coulter-Nile and Chris Lynn. MI looks a power packed balanced squad. Rohit Sharma is likely to open the batting whereas Ishan Kishan, Kieron Pollard, Hardik Pandya and Krunal Pandya have all the capabilities of hitting it big right from the beginning of their respective innings.

Last year’s runners up will be missing a couple of their key players. Vice-Captain Suresh Raina and Harbhajan Singh have already pulled out due to their personal reasons. Deepak Chahar and Ruturaj Gaikwad who was supposed to replace Suresh Raina in the team have been victims of the ongoing COVID-19. CSK might have concerns in their batting line up, however their bowling quadrant looks absolutely settled.

The Abu Dhabi pitch will allow an even contest between bat and ball. Pacers will be able to move the ball earlier on in the innings, especially under lights; whereas the ball will spin when the shine goes off.  Being an evening game whoever wins the toss would like to chase; 150 looks to be a par score at Abu Dhabi.

Clean Hitters in the Teams

MS Dhoni is playing his first competitive match after the Semi-Finals of the 2019 ODI World Cup. Dhoni is expected to be rusty and that is the reason why we have gone with Quinton de Kock. We have also included Ishan Kishan as he bats higher in the order and is capable of explosive stroke making. Since CSK are missing a frontline off-spinner from their squad left-handed batsmen are less likely to be troubled in the middle overs.

Rohit Sharma has always taken his time to get going especially in the IPL for that reason we have chosen Surya Kumar Yadav over Sharma. The other two batsmen in my line up are the CSK openers Ambati Rayudu and Shane Watson. The Chennai duo are well experienced campaigners and are experts in laying a platform, whether they are setting up a score or chasing down a target.

We have left out Kieron Pollard to fit in Ishan Kishan as Ishan Kishan will bat higher up the order. Hardik Pandya and Dwyane Bravo are two-fast bowling allrounders who are explosive batsmen as well. Especially in a moderate scoring match they will be immensely useful to increase the run-rate. The ball is expected to skid under lights and both Pandya and Bravo are well experienced to utilize the conditions. My third all-rounder is Ravindra Jadeja who usually is economical and picks up wickets during the middle overs of the innings, the wicket is also expected to turn once the ball gets old.

Since we already we need to strengthen the spin quadrant. Ravindra Jadeja and Imran Tahir will make a great combination. Imran Tahir has had a successful Caribbean Premier League and is expected to carry his form in the Indian Premier League. Jasprit Bumrah is an obvious choice considering his track record and his ability to bowl during death overs. We have to to choose between Deepak Chahar and Piyush Chawla, but we have settled for Deepak Chahar for his ability to pick up wickets earlier in the innings.