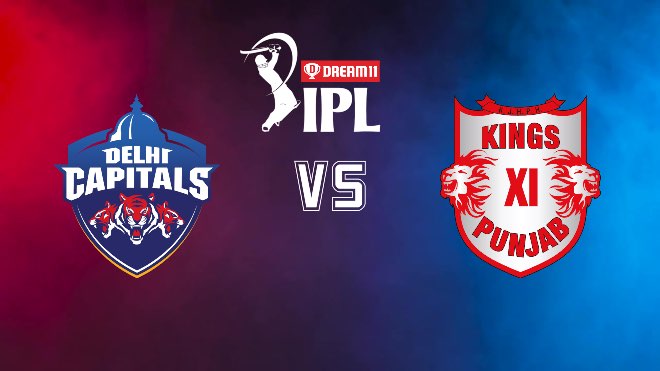 Two of the current eight IPL teams Delhi Capitals and Kings XI Punjab who have never won the trophy are clashing on Sunday at the Dubai International Cricket Stadium. The two sides have played 25 matches so far out of which Punjab have won 14 matches, whereas Delhi has won 11 matches. The average winning first innings score at the Dubai International Cricket Ground is 167/6. There have been 51 T20 matches played since 2018. Side batting first have won 25 times and chasing have won 26 times.

Delhi Capitals have one of the best spin contingent in the tournament which includes Ravichandran Ashwin, Sandeep Lamichhane and Axar Patel. The Capitols have a job on hand to fit in a balanced squad as they might struggle to fit in-form Alex Carey. We might be up for a surprise in form of Harshal Patel who has taken up the pinch hitters role, while playing for Haryana in the Sayed Mushtaq Ali Trophy. Recent results suggest that Delhi has an upper hand getting into this tie.

The Mohali based side needs to perform on a consistent basis. They usually are very good starters of the tournament. In 2018 they won 4 out of their first 5 matches, whereas in 2019 they won 3 out of their 5 matches. Despite having a formidable squad few eyebrows have been raised pertaining to their bowling attack. The team management has been uncertain over Sheldon Cottrell and Chris Jordan. Both fast bowlers have shown their importance in limited overs cricket and are giving a hard time to the selectors.

Unlike the Abu Dhabi wicket, Dubai wicket is batting friendly and a high scoring encounter is expected. Dimensions of the ground are not excessively big which will help batsmen to take on spinners. Side winning the toss would again prefer chasing as the dew factor would come into picture in the 2nd innings. 170 looks a par score in Dubai.

This tie offers me a wide range of explosive wicket-keeper batsmen. We would prefer having Alex Carrey in the side considering the form he is in. However, we are not sure if he would fit into the team considering the overseas player limit. Since there is an uncertainty on Rishab Pant’s batting position we have settled for KL Rahul and Nicholas Pooran. The Punjab duo is expected to bat higher up the order and can easily demolish the  moral of the bowling unit.

With uncertainty of Chris Gayle and Ajinky Rahane being a part of the opening game, we have settled for three Delhi Capital batsmen. Shikhar Dhawan had a decent IPL 2019 scoring 521 runs from 16 matches. Even though he has not played much competitive cricket since the 2019 World Cup he has always been a go getter for Delhi Capitals along with his partner Prithvi Shaw, who made his ODI debut earlier in February. Our third batsmen is the Delhi Skipper Shreyas Iyer who has not looked back ever since he made it in the Indian post World Cup. Iyer’s role is to maneuver the Delhi Innings and help them to maintain a healthy run rate.

Glenn Maxwell has recently scored one of the best counter attacking innings for Australia and has an excellent track record of playing in the UAE. Maxwell is an obvious choice along with K Gowtham who is excellent during the middle overs and is handy with the bat. We are going to be flexible with the third spot. If Marcus Stoinis is not picked up in the playing XI and Alex Carey is we will switch over to Alex Carey or Shimron Hetmyer

All three bowlers are obvious choices here. Kagiso Rabada has been sensational in the IPL and has all the variations needed for a T20 game. Rabada offers participation in the opening overs as well as at the end of the innings. The other two bowlers in my team are Ravichandran Ashwin and Mujeeb Ur Rehman. In the recent years Ashwin has settled for test cricket but is a very smart limited overs bowler, he reads the game well and adjusts his length quickly as per the situation. Mujeeb has proved his worth by his performances in various T20 leagues across the world. His ability to bowl with the new ball and keep it tight in the middle overs makes him a special bowler in this format.