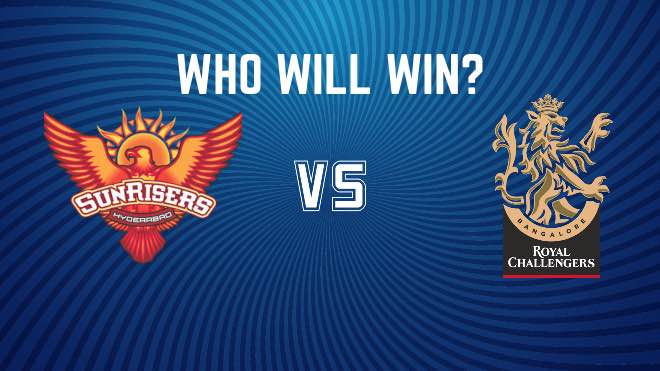 Nevertheless, the new season has no significance for such figures. Both teams will look forward to forget all the past achievements or failures and will look start fresh.

Sunrisers Hyderabad probably have the best opening pair in the Indian Premier League 2020 among all other teams. The pair could strike like a tornado and leave them scattered. However, they have an inexperienced middle order, so Manish Pandey have to make a significant contribution to their campaign play in the middle.

Their bowling attack will be lead by India’s one of the most successful bowler in the death Bhuvneswar Kumar, who has won the IPL playing for the ‘Orange Army’ in 2016. The team consists of talented bowlers like Rashid Khan, Siddharth Kaul, Sandeep Sharma, Basil Thampi and Shahbaz Nadeem.

The Royal Challengers Bangalore, who finished last in 2019, has plugged its requisite holes. In the form of Chris Morris and Isuru Udana, they have roped in top quality bowlers to overcome their death-bowling defects.

The pressure from Virat Kohli and AB De Villiers will be significantly taken by a strong top batman in the form Aaron Finch. RCB has a great mix of young and experienced players and this is the most balanced squad ever since its 2016 squad, as the skipper said.

No rain interruption expected during Sunrisers Hyderabad and Royal Challengers Bangalore match in Dubai International Cricket Stadium. The temperature during the match will be around 32 to 34 degree Celsius. A bit gust is expected with humidity likely to stay very high during the entire match.

It is same where Delhi Capitals and Kings XI Punjab faced off last night. So a bit changes expected, but not major changes. The pitch here always assists batsman but like last time, it is likely to help spinners in the first half of the match. There is a possibility of dew, so the captain that wins the toss must go for bowl first.

Our Match Prediction: Who Will Win?

The chances of Sunrisers Hyderabad winning the match mostly depends on their opening pair. But recently David Warner is not in a nice touch, as we saw him struggle in the series against England. So, our pick for this match is Royal Challengers Bangalore to win the match and kick-off their campaign off to a good start, that usually never happens with RCB.