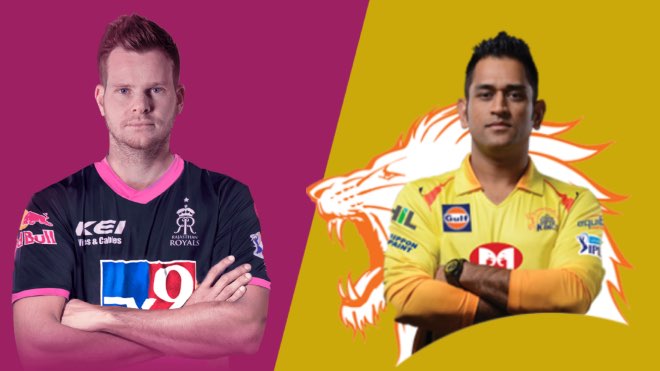 In the 2008 edition of the Indian Premier League (IPL), Rajasthan Royals managed to beat the Chennai Super Kings (CSK) as many as three times. But from there on, CSK, led by MS Dhoni, have come out trumps in 14 out of 19 matches. And it’s pertinent to note that the Royals have never beaten the Super Kings at a neutral venue.

On Tuesday 22 September, these two teams will battle it out again in Sharjah Cricket Stadium. After their five-star victory over reigning champions Mumbai Indians, Captain cool’s men are now feeling more confident about getting a result out of this match.

Last season, the Royals could not manage to qualify for the playoff, and Steve Smith and company would be hoping to win against CSK and started off their campaign with good vibes. Even though that’s not an easy work.

Clear sky again during the entirety of the match. The temperature will be hovering around 32 to 35 Celsius from the get-go of the match till the very end. Humidity will be high again considering it’s UAE. Dew might again come into play. Therefore, win the toss and bowl first.

Sharjah’s pitch is normally fine for the batsmen. However, bowlers will also have their impact, particularly all kind of spin bowlers. All batsmen should therefore be cautious before committing to any risky strokes. The statistics also show that the team has a lot of advantage when batting second.

Our Prediction: Who Will Win?

In the first 2 matches of the Indian Premier League 2020, we saw that the winning captain always going for bowl first, and the same is expected here with no information of how the pitch will behave and also dew in mind. CSK always had the numbers over Rajasthan Royals after the first IPL season. Therefore we are backing CSK to do well in this match and pick up their second victory of the season.

Match prediction, probable playing xi, who will win, pitch report and weather report for the match 4 of IPL 2020 between RR and CSK.