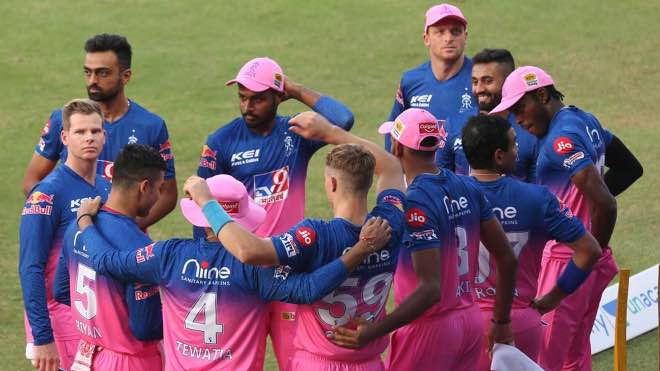 Rajasthan Royals (RR) created the record for the highest successful run-chase in the Indian Premier League history as they chased down the target of 224 to beat Kings XI Punjab (KXIP) by four wickets in the ninth match of the IPL 2020 at the Sharjah Cricket Stadium on Sunday.

Previously, the highest target successfully chased down in an IPL match was 215 by Rajasthan Royals against Deccan Chargers in IPL 2008 at Rajiv Gandhi International Cricket Stadium, Hyderabad.

Rajasthan Royals also broke the record of the most runs scored in the last five overs of a successful run chase in IPL, by scoring 86 runs. Previously Chennai Super Kings had scored 77 runs against Royal Challengers Bangalore in last 5 overs while chasing a target of 206 runs in IPL 2012 at MA Chidambaram Stadium, Chennai.