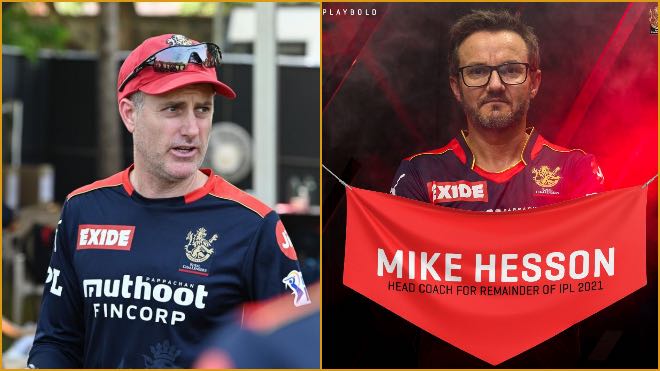 Former Australian batsman Simon Katich stepped down as the head coach of the Royal Challengers Bangalore (RCB) due to personal reasons. Mike Hesson is named as the Head Coach for the remaining of the IPL 2021 season (UAE leg), in addition to his existing role of Director of Cricket Operations, RCB.

Simon Katich was appointed as the head coach of RCB ahead of the IPL 2020, along with Mike Hesson as the director of cricket.

After the appointment, the Kiwi tweeted on Saturday, “Exciting 2nd half of the #IPL2021 it’s getting closer…..Looking forward to getting to UAE and continuing all the quality work that Simon and the @RCBTweets coaching team have put in with this talented playing group.”

Speaking about the appointment of Mike Hesson as head coach, Rajesh Menon, Vice President and Head, Royal Challengers Bangalore, said, “As the season resumes in the UAE, it’s going to be an exciting chapter ahead. Simon Katich has decided to step down as the Head Coach of RCB, we would like to thank Katich for his work during his time at Royal Challengers and wish him success in the future. In the interim, Mike Hesson will step in and discharge the duties of the Head coach until the end of the current season, in addition to his existing role of Director of Cricket.”