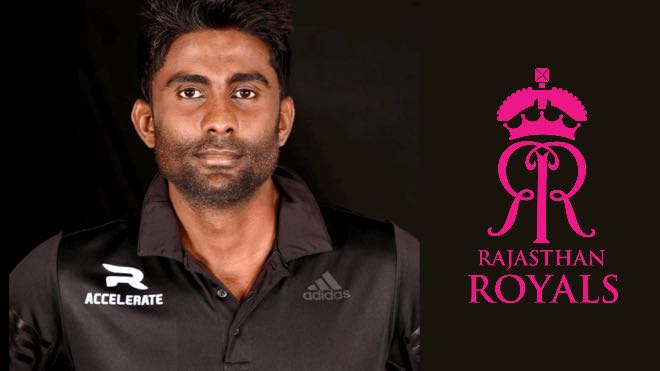 Rajasthan Royals have announced A.T. Rajamani Prabhu as their new Strength and Conditioning coach for the upcoming season of the Indian Premier League (IPL 2021). Rajamani Prabhu has been part of the BCCI specialist academy in Chennai for over eight years and has worked with a plethora of former and current cricketers, including the likes of Ravichandran Ashwin, S. Badrinath, L. Balaji, and M. Siraj.

Rajamani Prabhu is also the founder of R – accelerate, an athlete performance company that focuses on athlete fitness and recovery across sports and helps them perform at their peak.

“Rajamani Prabhu will be actively involved in working with the players on their conditioning processes, setting up individual plans for each player alongside lead physio John Gloster and Dr Rob Young. Making sure that the players are aligned, in shape, and ready within the bio-bubble, heading into the games during the season,” Rajasthan Royals said in a media release.

“Off-season, Rajamani will also support the grassroots development initiatives that the Royals run. He will work towards ensuring fitness plans are created and implemented across all Royals academies and junior programs,” the media release added.