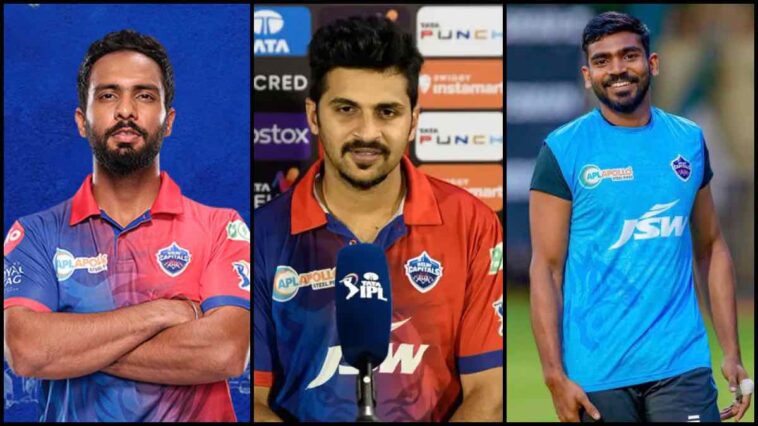 Shardul Thakur was DC’s most expensive signing at the IPL 2022 mega-auction earlier this year for Rs 10.75 crore. The franchise had to partake in an intense bidding war with the Chennai Super Kings (CSK) and the Punjab Kings (PBKS) to acquire the services of the all-rounder.

Thakur is currently in Australia with the Indian side that is participating in the T20 World Cup 2022. Though he is not officially a part of the squad, he’s there as one of the reserve players.

According to a report by Cricbuzz, along with the all-rounder, the franchise is deliberating over the release of KS Bharat and Mandeep Singh as well.

Bharat, who was the backup keeper to skipper Rishabh Pant didn’t get many games and only played a couple towards the back end of the tournament when Prithvi Shaw was ill. Similarly, Mandeep Singh too played just three games and his meagre return of 18 runs might have failed to catch the attention of Capitals’ owners in staying with him.

IPL 2023 will have its mini-auction in December but before that the 10 franchises will have to submit their final retention list by November 15. IPL 2023 Auction is likely to take place in Turkey, though in total BCCI have shortlisted five venues.