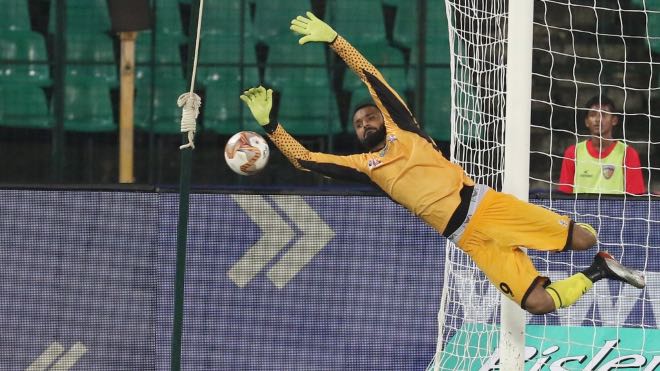 The Kolkata born player had a spectacular season in between the sticks last season for the eventual winners of ISL, ATK FC. He kept the second most number of clean sheets last season, just behind Bangaluru FC’s Gurpreet Singh Sandhu.

After signing the deal with the Kolkata based team, Arindam Bhattacharya said, “Winning the ISL while representing Kolkata was very special. Playing for the Mariners this season will be an honour. I have amazing teammates who shield me on the pitch and I too will give my all as we attempt to defender the trophy.”

We are in safe hands for the next two seasons as our shot-stopper @iArindamB signs a two-year extension with the club! ??

The footballer started his football career at the TATA Football Academy mostly known as TFA. He has played for teams such as Mohun Bagan, FC Pune City, Mumbai City FC and then joined his home team ATK for the 2018-2019 season.

The goal of ATK Mohun Bagan is very much in safe hands with him committing his future to the team. The team from Kolkata with millions of fans will participate in both the Indian Super League and the AFC Cup.

They have kept their core of the squad from last season and the green and maroon brigade look one of the most settled sides in the league under the guidance of Antonio Habas.