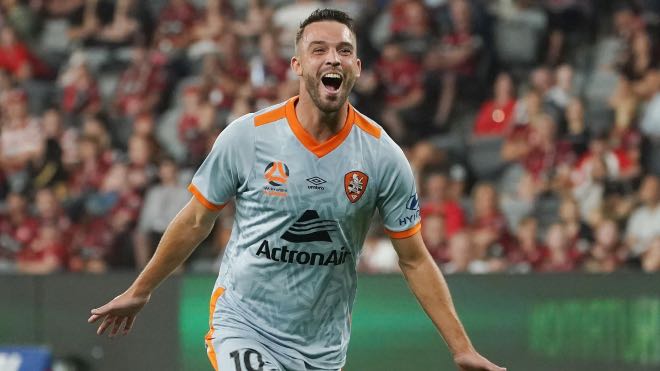 ATK Mohun Bagan FC have signed Australian midfielder Bradden Inman from A-league side Brisbane Roar for the upcoming season of the Indian Super League (ISL 2020-21). The 28-year-old versatile midfielder follows the likes of Roy Krishna and David Williams in joining the Kolkata giants from the A-League.

“I am delighted to have signed for a club with so much history and legacy. I am excited to be part of a league and country where football is growing fast. I can’t wait to join and get to know my teammates and staff. I want to play a key role in the team’s endeavour to defend the title and succeed in Asia,” Bradden said after penning his contract.

Bradden began his youth career with English club Newcastle United and spent a season on loan with Crewe Alexandra before moving to the club permanently in 2013. Between 2013 to 2019, Bradden plied his trade in the lower leagues of English football, playing for Peterborough United before joining Rochdale AFC.

He moved back to Australia ahead of the 2019-20 season to join Brisbane Roar and led them to a quarter-final finish. During his time with the club, Bradden made 25 appearances, scoring four goals and assisting five more. At the international level, the midfielder has represented Scotland at youth level and the U-21 level.

The announcement of Bradden signing for ATK Mohun Bagan follows the signing of defender Tiri on a free from Jamshedpur FC and provides solidity and depth to the middle of the park. The attacking midfielder blessed with pace and adept on the ball should prove to be a valuable asset for ATK Mohun Bagan in the upcoming season that’s set to take place behind closed doors.