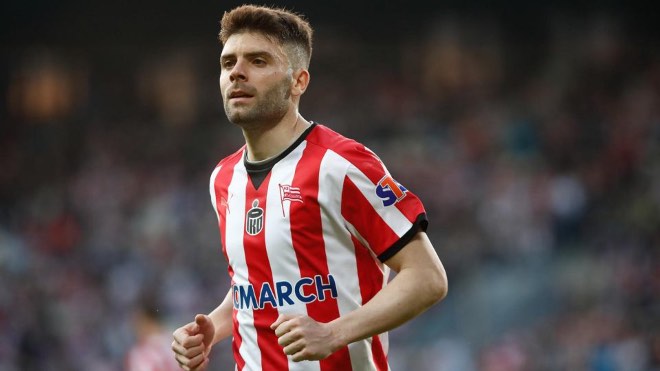 ATK Mohun Bagan FC has confirmed that Javi Hernandez will be playing for the club wearing the green and maroon jersey in the Indian Super League (ISL) 2020-2021 season.

Javi Hernández was part of the erstwhile ATK FC side that secured their third Indian Super League (ISL) trophy during the 2019-20 season.

The Indian Super League this year will be played at three venues of Goa behind closed doors due to the COVID-19 outbreak worldwide. Therefore, the Football Sports Development Limited (FSDL) decided to take no risk and scheduled this year’s event to be held in Goa.

Javi Hernández was very happy after signing the extension paper, he stated after signing, “I am extremely delighted to stay with ATK Mohun Bagan FC. I cannot wait to meet my teammates and the new boys who have joined this season. Kolkata holds a special place in my heart. The club has given great memories and the fans have shown me so much affection. We would like to perform well in the AFC Cup while representing the Green and Maroon. Our aim is to attain glory once again this year.”

A native of Salamanca in Spain, Hernandez began his youth career at local outfit UD Salamanca before joining the Real Madrid youth system (Real Castilla). He made 34 appearances for Real Madrid’s reserve team, spending a season on loan in Sweden with Halmstads BK. During his time with Los Blancos, Hernandez played for Spain at youth level.

He returned to boyhood club Salamanca, and after turning out for a couple of clubs in the lower divisions of Spanish football, Hernández joined Romanian club Poli Timisoara. This was followed by stints in Poland with Gornik Leczna in 2016 and in Azerbaijan with FK Qabala in 2017, where he played in the second round of UEFA Europa League Qualifiers for the latter. Hernandez then joined Polish top division club KS Cracovia, playing 65 times over two seasons while scoring 15 goals and bagging nine assists.

The Spanish Under 19 international is mainly an attacking midfielder but also have the ability to play on both the wings. Also, he can play as a shadow striker for the team.

The player had a great season in the middle of the football pitch playing for the eventual winnner ATK. Throughout the season he remained goalless but did all that a midfielder needs to do. But Javi was in superb form during the ISL 2019-20 final in Goa against Chennaiyin FC. Javi Hernandez scored the 1st and the last goal of the match to help ATK win 3-1 over Chennaiyin FC.

The green and maroon fans will be expecting the same kind of performance from the Spaniard this season. He will be partnering Edu Garcia again this season.