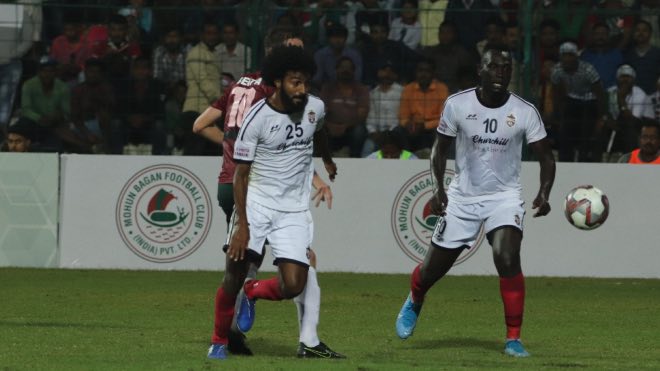 Midfielder Glan Martins has joined ATK Mohun Bagan FC ahead of the seventh season of Indian Super League (ISL 2020-21), the club announced on Thursday. The 26-year-old midfielder from Goa played 14 matches for Churchill Brothers SC during the 2019-20 I-League season and will now increase the competition for places in the centre of the park for the Kolkata giants.

After signing for the club, Glan Martins said, “It will be my first year in Kolkata as well as in the Indians Super League. I have seen the passion of the fans of Kolkata, which is why I’m excited and cannot wait to get started. My aim is to win for them. The club has a strong and I look forward to working with my teammates and ending the season with silverware.”

Martins was part of the SESA Football Academy in Goa and signed his first contract with Sporting Club de Goa in 2014. He made his I-League debut against the erstwhile Bharat FC and went on to make 13 appearances for Sporting across two seasons.

The midfielder joined Churchill Brothers ahead of the 2019-20 season, and impressed fans with his tough tackling as well as passing range. During his time with the club, Martins was a regular starter under head coach Bernardo Tavares.

ATK Mohun Bagan FC have built a strong team to challenge for the ISL trophy as well as the AFC Cup. Martins will look to partner Javi Hernandez in the middle of the park for the Kolkata giants, with the likes of Pronay Halder and Michael Regin also available to head coach Antonio Lopez Habas.