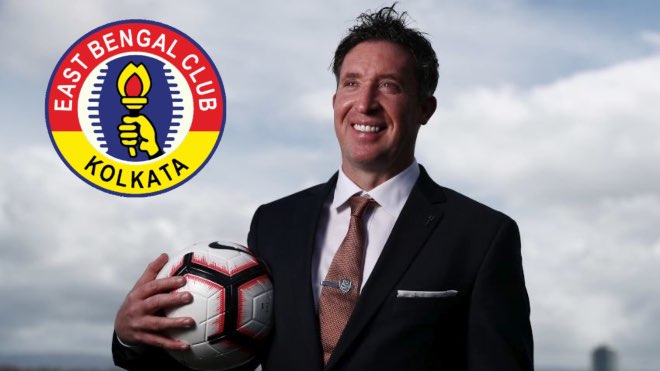 Robbie Fowler, the England international and former English Premier League legend who played for Liverpool FC, has been appointed as the head coach of the East Bengal team in their first season in ISL, as reported by The Sports News last week.

In Australia, Fowler has had a great last season managing in the Australian A-League as Brisbane Roar FC head coach. The club finished fourth in Australia’s top tier league’s league phase. Under Britain’s leadership, Brisbane scored 40 points out of 26 matches and reached the play-offs phase.

Sadly, Brisbane Roar went down 0-1 against Western United FC in the Elimination Finals, therefore was eliminated from the competition for the season.

During the 2011-12 season, Fowler started his career as a manager with Muangthong United, in Thailand’s top division. In the middle of the season, Fowler was promoted to become the player-manager of the club, and at the end of the season, he led the team into a third position finish in the league stage.

In 1993, Fowler, a Liverpool young product, made his senior red debut and played until 2001. He transferred to Leeds United from Liverpool in 2001, where he spent two seasons till joining Manchester City.

He returned to his junior team once again in 2006 and spent another two more years with the club. Fowler is the third-highest Liverpool goal scorer ever with 183 goals. He also is the 7th highest goal scorer in Premier League with 163 in his name.

An official statement from H. M. Bangur, Managing Director of Shree Cement, reads, “We are happy to appoint the legendary Robbie Fowler as the Head Coach for the Hero Indian Super League (ISL) season. It is a two-year contract as of now but we hope to have a long, fruitful, and trophy-laden collaboration. Robbie comes in with a wealth of experience having played with and against the best.”

The statement further reads, “Besides Robbie, we have appointed seven foreign coaches who have top-level coaching experience. We hope our coaching staff will not only help the club achieve success but also the league as a whole.”