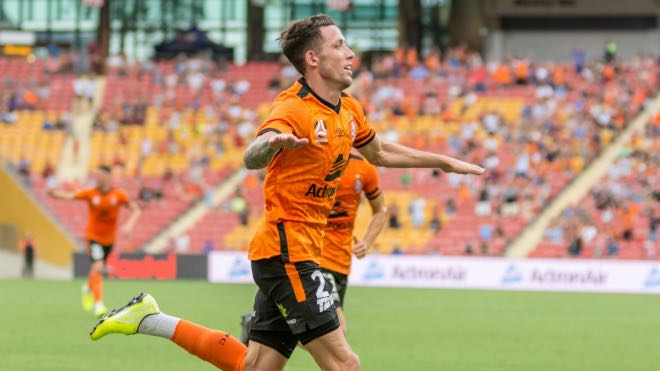 East Bengal FC is reportedly set to sign an Australian player Scott Neville from the A-League. The player was part of the Brisbane Roar squad the recent A-League season and was a crucial member of the team.

As now it is mandatory to have an Asian quota player in the squad, almost all the Indian Super League (ISL) clubs are targeting the Australian market as the ISL tries to overtake A-League in the race of top Asian leagues. As of now, A-League is ahead of ISL in the top Asian leagues.

And it is now being reported that the ISL’s new boys East Bengal FC also looking to sign Scott Neville from Brisbane Roar, the team that was managed by the man who is the front-runner for East Bengal’s head coach/manager role, Robbie Fowler.

A report from IFTWC states that the East Bengal club is looking to bring in Scott Neville to fill-up the Asian quota slot. A source stated to IFTWC, “Neville is very athletic, strong and fast. At Brisbane Roar, he was a starter under Robbie Fowler. He will be the first choice Asian signing for Fowler. As the Shree Cement directors said that they will allow the coach to choose the players, Neville is one of the main targets of the coach.”

The player’s main position is right-back but last season Robbie Fowler played him in the right centre- midfield too. The player is yet to sign a contract extension with Brisbane Roar.

The 31-year-old started his football journey from Sorrento SC on a youth contract. Then he joined Perth Glory. He was sold to Newcastle Jets during the 2012-2013 season. And played 3 years for them before joining Western Sydney.

He has played his entire career in Australia. After playing for Western Sydney, he joined Perth Glory on a full-term contract. Last year on July 1st, he joined Brisbane Roar on a year contract.

If the player joins East Bengal, he is likely to play a crucial role in the teams first season in the Indian Super League.