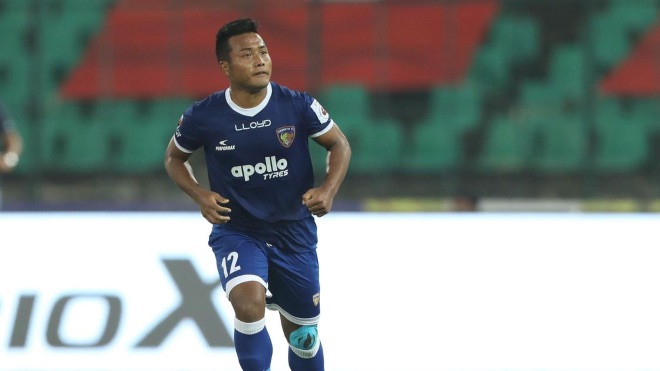 The new boys of the Indian Super League (ISL), East Bengal FC, who lacking in the firepower in their Indian players’ department, is set to have the major upgrade with the signing of former Chennaiyin FC player Jeje Lalpekhlua.

As per the latest report by Goal, former Chennaiyin FC has agreed on terms with the Red and Gold and all that is left is signing the contract. The player will join East Bengal on a free transfer.

The 29-years-old has won the Indian Super League twice in his career playing for Chennaiyin FC in 2015 and 2017-18 season. He has also represented East Bengal’s biggest rival and neighbour club Mohun Bagan in his career.

He has won the I-League and Federation Cup back in 2014-15 and 2016 season respectively wearing the green and maroon colour of Mohun Bagan.

Jeje didn’t play a single match last season due to being ruled out of the competition for a serious knee injury. He was set for coming back with a stint with the Indian national team in 2022 FIFA World Cup and 2023 AFC Asian Cup joint qualifier match against Qatar which has now been shifted to 2021 due to the COVID-19 pandemic.

Jeje Lalpekhlua saw his name being recommended for the most prestigious Indian award, the Arjuna Award. But eventually, he lost his Indian national teammate Sandesh Jhingan.

Jeje, who is also known as the Mizo sniper, has turned for clubs like Pailan Arrows (Now Indian Arrows), Pune FC and Dempo. He had a successful career at Mohun Bagan, but he got all the popularity playing for Chennaiyin FC.

And that the Mizo sniper is available for free, East Bengal can easily snap him up. East Bengal’s Indian brigade probably are not up to the standard of the Indian players the other teams have, but with the signing of Jeje, this team very much looking a balanced side.