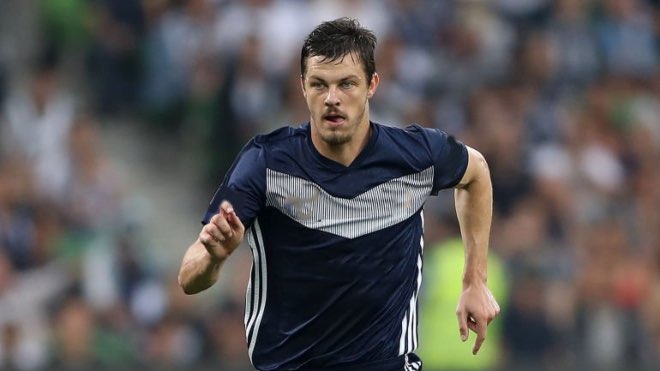 FC Goa announced the signing of Australian defender James Donachie on a one-year loan deal from A-League side Newcastle Jets. The centre-back becomes the Gaurs’ ninth new signing ahead of the 2020/21 Indian Super League (ISL) season.

Standing tall at 6’5”, Donachie not only brings height to the backline but also the rich experience of having played in the AFC Champions League. The Queensland native has already participated in the competition in over five different editions which include each of the last three seasons – all with Melbourne.

Donachie expressed much delight after completing the move. Speaking to fcgoa.in, after putting pen to paper, the defender said, “I am thrilled to be coming to Goa and India. This should be a great opportunity and challenge for me. I will be playing for a club that’s not only looking to challenge for the title but will also be playing at the highest level in Asia – the AFC Champions League. I feel this move comes at the right time for me. I can’t wait to set sail to India and get on to the ground.”

FC Goa’s Director of Football, Ravi Puskur sounded equally elated at the latest capture for the Gaurs. Speaking on the same, he said, “James is exactly the kind of profile we wanted to bring to FC Goa this year, both for our ISL and AFC Champions League campaigns. He’s entering the peak of his career, and has already won titles at the domestic level, played at a very high level in Korea and is an experienced campaigner at the continental stage.”

“He’s coming off a campaign where he was voted the player of the year by his peers. His playing qualities will also suit our football perfectly. He’s an assured presence on the ball and his aerial ability and strength will give us an added edge. We feel he’ll be an ideal foil for the current Center Backs we have within the squad and I’m sure he’ll slot seamlessly into our backline,” he added.

Donachie was born and raised in Brisbane. Before joining Brisbane Roar’s youth program, he played junior football in Queensland and was awarded Australia’s Youth League Player of the Year for two consecutive seasons in 2010-11 and 2011-12.
He had joined the A-League side in 2012 and his very first season saw him taste silverware as the Roars dramatically overcame Central Coast Mariners to clinch the title. He was also part of Brisbane’s title-winning side two years later.

Donachie finally made his first big move in 2016 when he signed for Melbourne Victory. He was with Victory till the end of last season except for a short six-month spell with the erstwhile K-League side Jeonnam Dragons in 2018. He moved back to Melbourne on loan later in January 2019 before making his move permanent last year in August.

He has been a key figure in the Melbourne defence during all his time at the club and was awarded the club’s Players’ Player of the Season award for his performances in 2019/20. He had signed on a three-year deal with Newcastle Jets earlier this year.