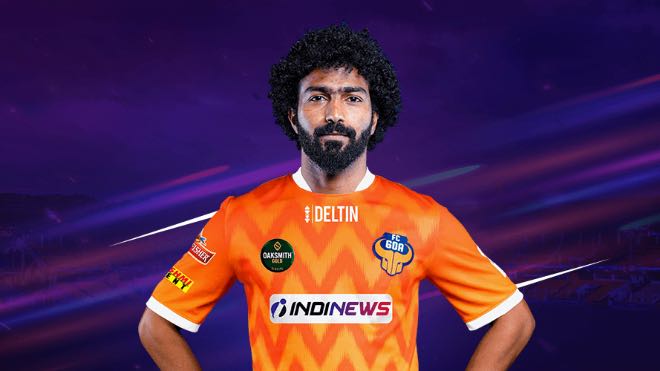 FC Goa announced the signing of midfielder Glan Martins on a short-term deal from ATK Mohun Bagan. The Goan native will be a part of the FC Goa squad till the end of the seventh season of Indian Super League (ISL 2020-21). Martins will wear the number 25 shirt for FC Goa.

Speaking on his arrival to FC Goa, Glan Martins said, “I am extremely grateful for the chance. Having been an FC Goa fan right from the inception of the club, this is a dream come true for me.”

“I can’t wait to put on the shirt and showcase my abilities. I have long been an admirer of the way the Club plays football and it completely aligns with what I feel are my strengths. This is a chapter in my life that I want to make full use of,” he added.

Welcoming the new Gaur, FC Goa Director of Football Ravi Puskur said, “We’re delighted to bring Glan to FC Goa until the end of the season. He is a very exciting and talented player whose gameplay completely suits the kind of football we look to play.”

“He is someone that we have been tracking for some time now. He is very keen to come here and test himself and will be a great addition to the squad,” he said.

Martins’ playing career began at the SESA Football Academy in Goa before signing his first contract with Sporting Club de Goa in 2014. After catching the eye with consistent performances for the Flaming Orange, the midfielder moved to fellow Goan outfit Churchill Brothers SC ahead of the 2019-20 season. The tough-tackling midfielder had signed with ATK Mohun Bagan at the beginning of the season.