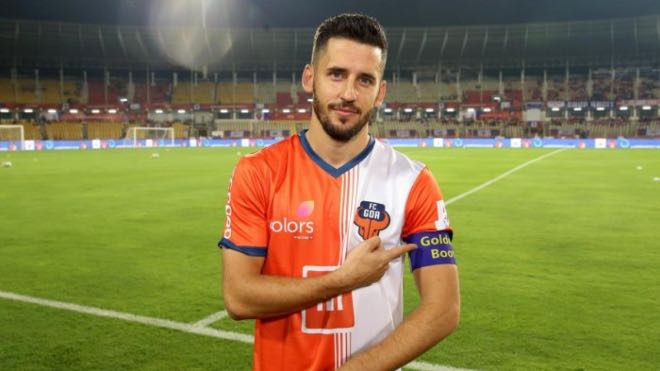 The club’s official statement read, “Ferran Corominas is the newest addition to our squad. He is the all-time top-scorer of the Indian Super League, having scored over 50 goals in three seasons at his previous club, FC Goa. He has made 241 La Liga appearances in total for Espanyol, Elche and Osasuna.”

When he joined FC Goa, Ferran Corominas was already 34 years old, after signing for the club. He transformed himself into an outstanding player and a goal-machine since joining the club. He is the all-time Indian top-tier league-leading goal scorer with 48 goals from 57 ISL matches, a milestone that he has completed in just three seasons.

FC Goa has just recruited Igor Angulo as the new striker for the season which proves that Coro, despite his strong success over the past three years, has no future with the club. In a recent conversation with Times of India, the 37-year-old disclosed his disappointment after got to know the decision of the club.

His statement to Times of India reads, “The last three seasons (at FC Goa) have been very beautiful. I liked being part of FC Goa and the fans have been able to enjoy the team’s game. I am partly disappointed because I think FC Goa did not try to retain me, and signed other players quickly. I had always said that I was happy and wanted to keep playing.”

He further added, “It is also true that it is not only because of economic issues. Last season, several things happened that I did not like. But I did expect that FC Goa would try to make me stay for one more season because of my performance for the last three seasons. I’ve always had a good feeling with the people of Goa. I wish them all the best.”

Before Espanyol signed him to the squad for their reserve team, Ferran Corominas started as a young player on CD Banyoles, and later on Vilobi CF. In 2003 he was promoted to Espanyol senior team and stayed with them for the following eight seasons until Osasuna agreed on a loan deal with him.

In a free transfer, he joined Girona the next season and they sold to him Elche in 2012 for €100,000. After that, he played for Real Mallorca and then Cyprus based club Doxa Katokopias FC. Then in 2017, he got a call from FC Goa management to join the club.