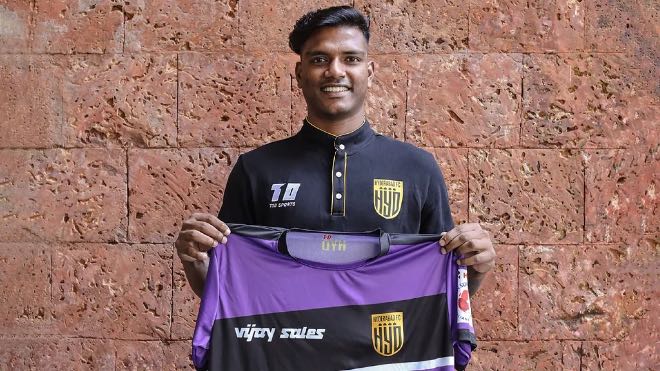 Hyderabad FC announced the signing of goalkeeper Sankar Roy on load from SC East Bengal. The 25-year-old custodian joins the club on loan from SC East Bengal till the end of the ongoing season of Indian Super League (ISL 2020-21).

Meanwhile, goalkeeper Subrata Paul has moved the other way, joining Robbie Fowler’s side on loan for the rest of the season (ISL 2020-21).

“I feel great to be a part of Hyderabad FC. They are a very good team and have done really well in the ISL this season. I can’t wait to meet my team-mates, talk to the coach and start training with my new club. I would like to thank them for this opportunity and I hope to help them for the rest of the season,” said Sankar, after signing the deal with Hyderabad FC.

Having begun his professional career with Mohammedan Sporting, Sankar turned out for the Black Panthers in the 2nd Division League in 2016-17. He was part of the Sikkim Gold Cup-winning side in 2016.

The following year he signed for Mohun Bagan and during his three-year stint with the Mariners, he cemented his place in the first team, helping the Kolkata side to a Calcutta Football League victory in 2018-19 and the I-League triumph in 2019-20.

In the current Indian Super League season, Sankar featured in East Bengal’s goalless draw against Jamshedpur FC in December. With his stint at East Bengal, Sankar now stands as one of the few footballers to have played for all of Kolkata Maidan’s Big Three.