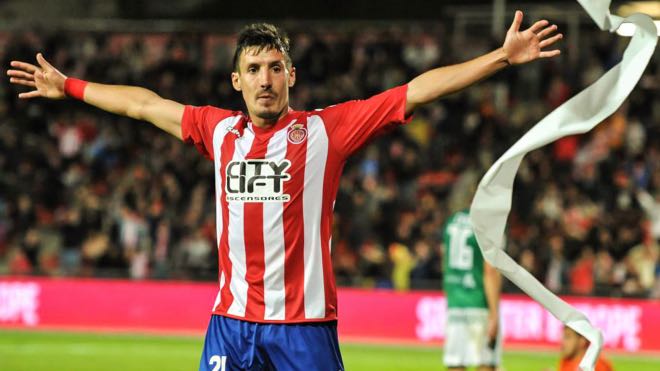 Hyderabad FC announced the signing of Spanish forward Francisco ‘Fran’ Sandaza on a one-year deal ahead of the seventh season of Indian Super League (ISL 2020-21). The 35-year-old signs from Spanish Segunda Division side Alcorcon, and becomes the sixth new foreign signing for the club this season.

“I am very happy and excited to sign for this club. It is a new challenge in my career and I am eager to arrive in India to start training with my new teammates. The Indian Super League is improving every year. A lot of good players have played in the league so far. I have played with and against a few of them that have told me good things about the ISL, so I am keen to be part of it,” said Sandaza after completing formalities.

Looking ahead to the upcoming season, Sandaza added, “My aim is to work hard to try and contribute as many goals for the team. It’s going to be a challenging season and I will give my one hundred percent every time I am on the pitch.”

The Toledo-born forward rose through the ranks at Leganes and Coslada before turning out for his hometown side CD Toledo. He then moved to Valencia Reserves and after playing for Onda and Pucolis on loan, Sandaza headed overseas joining Scottish Premier League side Dundee United in 2008 where he claimed a Scottish FA Cup trophy.

He moved to England signing for Brighton and Hove Albion where he won the English League One. A move back to Scotland followed with a switch to St. Johnstone and then a stint with Glasgow giants Rangers FC. He then returned to Spain and featured for CD Lugo and Girona in the Segunda Division before moving to Japan in 2015.

Given his vast experience in different conditions, Hyderabad FC Head Coach Manolo Marquez believes Sandazawill be a huge asset for the club this season. “Fran Sandaza is a very known striker in Spain. He is a strong and a technically gifted player and he has experienced football at various levels in Spain, the UK, Japan and China. He is a complete forward who likes to score goals and create chances for his teammates,” added Manolo.

After a brief stint with FC Tokyo where he also featured in the AFC Champions League, Sandaza returned to Girona and helped them to promotion to La Liga with a runner-up finish in the Segunda Division. The following season he moved to Asia again, this time joining Chinese side Qingdao Huanghai before returning to Spain with Alcorcon.