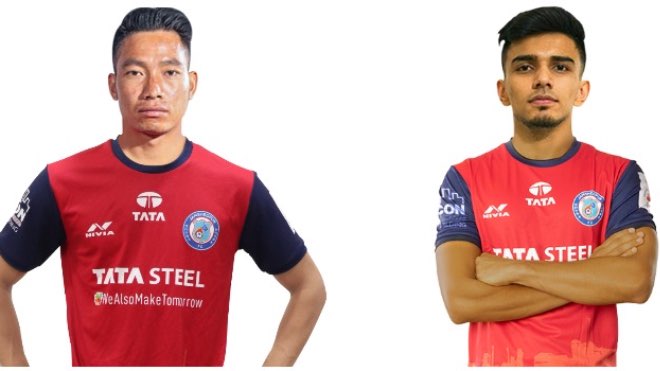 Jamshedpur FC have added two more players as the club comes close to concluding their squad- building process for the upcoming season Indian Super League (ISL 2020-21). Forward William Lalnunfela and winger Bhupender Singh were added to the Jharkhand side’s roster. Both players have been signed on a three-year contract, which will see them wearing the club colours till 2023.

On completing his move, the 25-year-old Mizo forward, William Lalnunfela said, “I am delighted to be part of a club of Jamshedpur FC’s stature. Since I began my professional career, I dreamed of playing in the ISL and the club has provided me with a chance to prove myself at the highest level in India. I hope to stand up to the expectations and contribute my best to help the club win lots of silverware during my tenure here. The vehement and highly-spirited fans of the club deserve some trophies and we are committed to bringing success to the club.”

The 19-year-old Bhupender Singh was pumped and raring to go with Jamshedpur as he said, “It’s a great feeling to join such a great club with an amazing fanbase. I aim to stay focused and help the team in every possible way. I want to improve in every training session and learn from the senior players at the club. The expectations are very high as everyone is looking forward to bringing silverware and we will fight to win each game to bring home the ISL trophy.”

Head Coach, Owen Coyle was glad to add the players to his side. He said, “William and Bhupi bring more flair to our attack and help us increase squad depth. The matches will come in fast and having players like them are essential in the long run.
“Bhupender is quick, talented and young while William is a proven talent having won the Hero I- League with Aizawl. I see a big future for both of them.”

William will don number 49 and Bhupinder has been handed number 17 for the ISL 2020-21 season.

William made his debut with Aizawl FC in the I-League in 2015 and also went on to represent Mohun Bagan AC. The forward has also appeared for Aizawl in the AFC Cup and the AFC Champions League qualifiers.

Young winger Bhupender Singh joins the club after a two-year stint with Spain’s Tercera Division Club’s U19 team, Olímpic Xàtiva. Bhupi, as he is fondly known, joined the Spanish side after a successful time with Sudeva FC’s youth sides where he impressed with his performances in the Youth I-Leagues.