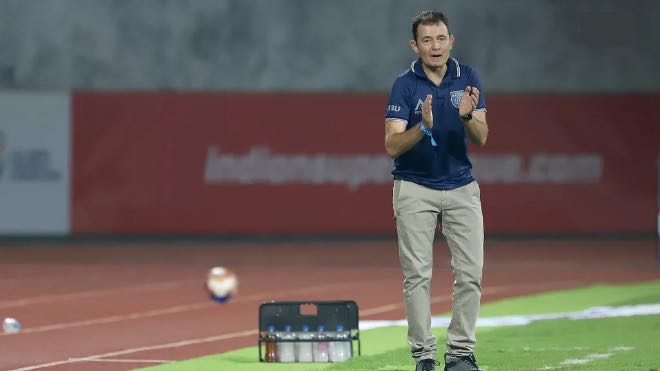 Kerala Blaster FC have sacked their head coach Kibu Vicuna after a 4-0 defeat against Hyderabad FC, which ended any faint hopes of making it to the play-offs of the seventh season of the Indian Super League (ISL 2020-21). Assistant coach Ishfaq Ahmed will be taking charge on an interim basis till a permanent replacement is announced.

Though the club said that the ‘parted ways with head coach Kibu Vicuna on mutual consent’. Under Vicuna, the Kerala Blasters FC won just three matches, losing seven and drawing eight and are at 10th position in the 11 team tournament with 16 points.

Speaking on the decision, Kibu said, “Unfortunately, the season has been unusual and unexpected. My parents taught me to be responsible for what I am doing so I always give all my heart to it, but also give no excuses. I want to thank all the management, players, coaching staff, and members of the club for their professionalism, kindness, and closeness. I want to express my gratitude to all the Kerala Blasters fans for their support since the first till the last day, which makes you exceptional and amazing. I wish all of you and the club all the best in the future. You deserve it.”

“I would like to thank Kibu for his honesty and responsibility in this decision. We had a clear objective to make improvements this season. Unfortunately, the results were not what we expected. We are grateful for his commitment and professionalism towards the club and wish him well for the future,” said Karolis Skinkys, Sporting Director, Kerala Blasters FC.